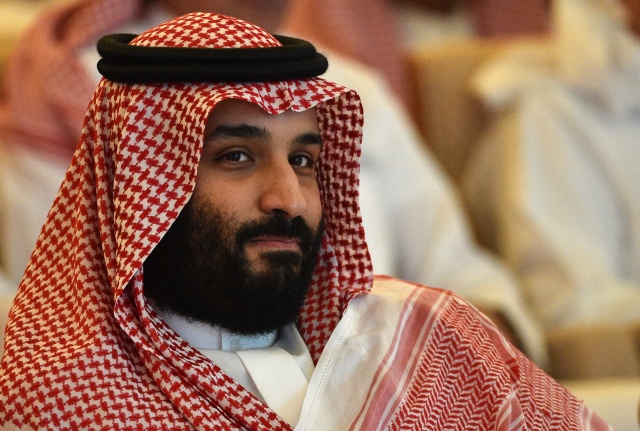 (AFP) - Saudi King Salman stood by the crown prince and heaped praise on the judiciary Monday, in his first public remarks since critic Jamal Khashoggi's murder tipped the country into one of its worst crises.

The public prosecutor last week exonerated Crown Prince Mohammed bin Salman, the king's son, of involvement in the murder in the Saudi consulate in Istanbul on October 2, but the CIA reportedly concluded he had ordered the assassination.

The prosecutor called for the death penalty against five men, announced indictments against 11 people, and said a total of 21 individuals were in custody in connection with the killing.

"The kingdom was founded on Islamic principles of justice and equality, and we are proud of the efforts of the judiciary and the public prosecution," the 82-year-old monarch said in his annual address to the Shura Council, a top advisory body.

"We ensure that this country will never deviate from implementing God's law without discrimination," he added, without directly addressing the murder of The Washington Post columnist in his speech.

In Saudi Arabia's absolute monarchy, only the king has the authority to oust the powerful crown prince –- who faces intense global criticism over the murder –- but he has repeatedly indicated that he has no intention to do so.

In his speech, the king praised his son's economic reform program aimed at creating jobs for a swelling youth population and preparing the kingdom for a post-crude era.

Saudi-owned Al-Arabiya television reported the prince will attend the upcoming Group of 20 summit in Argentina, his first overseas trip since the murder.

In a show of defiance, the prince will come face-to-face with international leaders from Turkey, the United States and other European nations at the two-day summit that begins November 30.

"The crown prince is sending a very clear message to the international community that nothing they say or do over the Khashoggi affair will interfere with Saudi decision making," said Kristian Ulrichsen, a fellow at Rice University's Baker Institute in the United States.

"Effectively, he is daring his international critics to put their rhetoric into action and betting that they won't."

Turkish President Recep Tayyip Erdogan, who claims the orders for the killing came from "the highest levels" of the Saudi government, has pledged that no cover-up of the crime will be allowed.

But US President Donald Trump has praised Saudi Arabia as a "truly spectacular ally" and has refrained from blaming Prince Mohammed despite the Central Intelligence Agency's reported assessment that he was behind the killing.

Saudi Arabia -- which quickly dismissed the reported CIA findings -- has offered shifting accounts of what happened, initially saying Khashoggi left the embassy after receiving his documents and later that he was killed when an argument degenerated into a fistfight.

In the latest version, the Saudi prosecutor said a 15-member team went to Istanbul to bring Khashoggi back to the kingdom "by means of persuasion", but killed him instead in a rogue operation.

The United States has sanctioned 17 Saudis for the crime, including close aides of Prince Mohammed, and is set to make final conclusions this week over the killing.

In a sign of further international pressure, Germany on Monday said it will bar 18 Saudis from entering its territory and Europe's Schengen passport-free zone over their alleged links to the murder.

But shrugging off the scrutiny, the king and crown prince resumed an unprecedented domestic tour Monday with a visit to northern Tabuk region, as they seek to leverage links with different tribes and religious leaders and shore up support for the leadership.

The visit follows a trip to central Qassim province and the neighbouring region of Hail earlier this month.

King Salman has pardoned some "insolvent prisoners" on his trips and last month ordered the resumption of annual bonus payments -- which were suspended under austerity measures in 2016 -- to all government workers from the beginning of next year.

"The actions point to a campaign inside the kingdom to shore up support within the ruling family and to demonstrate public confidence in the crown prince," said Kristin Diwan, of the Arab Gulf States Institute in Washington.

"The king, relying upon the more traditional assets of prestige and patronage, has been central to these efforts, in a clear bid to save the most valuable achievement of his reign: the consolidation of power and future rule in the hands of his direct descendant."