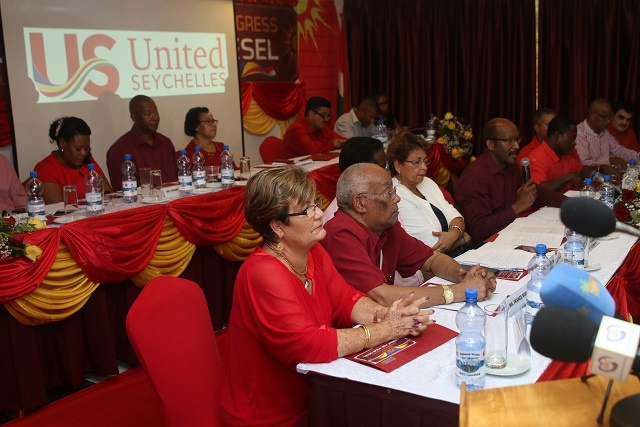 (Seychelles News Agency) - One of Seychelles’ major political parties has changed its name from Parti Lepep to United Seychelles in a congress that took place at the International Conference Centre in Victoria on Saturday.

The secretary for communication, Sebastian Pillay, told reporters that the name reflects the new inclusive political climate that the country is in, thus allowing members to separate themselves from partisan politics and work more for the people and unify them.

Pillay said the name ‘United Seychelles’ is not a sign of weakness but a rebranding exercise that many political parties do at a certain point in their journey.

The party’s new constitution “is a transformative document that seeks a departure from partisan politics that can bring a lot of division. This is one of the reasons why we incorporated a name that brings unity for all Seychellois,” he added.

The United Seychelles party has also a new motto -- ‘Debout for pour Sesel’ -- which is Creole for standing strong for Seychelles reflecting the new set of principles adopted at the congress.

Aside from the change in name, the party also has a new logo designed by two Seychellois -- Ivan and Rene Labrosse from ‘Infinit Creative’ Company.

Vincent Meriton -- the party leader -- who is also the Vice President of Seychelles, an archipelago in the western Indian Ocean, said the name change will not affect current members of ‘Parti Lepep’ in the National Assembly.

In explaining the party’s position for the next presidential elections due in 2020, Meriton said, ”For the election, we will work first then the people shall decide.”

Several changes were also made in how the party will function and these include a new rule stating that a leader cannot stand for more than two consecutive terms, thus encouraging new leaders to take charge. It also has provisions for the selection of a new party leader based on the person best portrays the party’s values.

“One of the most important things is that if one day we have a leader who decides to depart from the party’s principles, our constitution makes provision for us to recall this leader,” said Pillay.

In May 2017, a month before Parti Lepep’s annual congress, the Seychelles’ President Danny Faure announced that he will not stand in the next election for the post of party president. Faure said, “I have decided that the moment has come to depart from the tradition of the last 24 years.”

The party leader, Meriton, told the congress that despite President Faure’s separation from the party, they are supportive of each other as their principles are in line with that of the government.

The party’s new name will be formally registered at the Electoral Commission on Monday, November 26 and the new logo at the copyright section of the Registrar’s office.