New hearing for Chagossian community in Seychelles has opened in UK 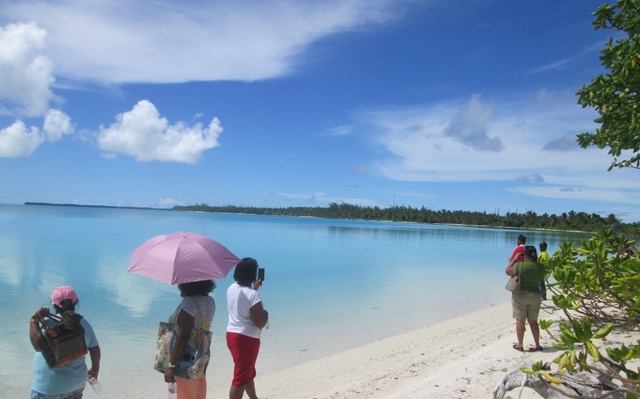 (Seychelles News Agency) - The hearing in the case of the Seychelles-based Chagossian community against the government of the United Kingdom is taking place in the UK from December 10-15, the Chagossian committee said in a communique on Tuesday.

The claimant in the case representing the community in Seychelles, Solange Hoareau, is arguing that the November 2016 decision taken by the British government was unlawful on a numerous ground and is asking for a judicial review.

The British government carried out a review of their policy on resettlement of the Chagos Islands between 2012 – 2016 to investigate the feasibility of resettlement and concluded, contrary to earlier assumptions, that resettlement was feasible. A consultation with Chagossians found that 98 percent of them wanted to move homeland.

However, on November 16, 2016, the UK Government announced that it would not support the resettlement of Chagossians and would instead allocate 40 million British pounds towards a 10-year support package to improve the lives of Chagossians in their current communities.  The current legislation prohibiting the Chagossians from enjoying any right of abode in the BIOT remains in effect.

According to the communique, “the Chagossians were not given any replacement houses on Mauritius or the Seychelles and many have since lived in abject poverty, with a deep sadness and longing for their homeland.”

In her argument, Hoareau said the decision was irrational and amounted to a disproportionate interference with the fundamental rights of the Chagossians.

She added that the British government “acted irrationally and unfairly by failing to undertake any assessment of the needs to which the £40m support package was directed and breached a legitimate expectation of consultation in relation to the scope and value of the support package.”

Rosa Curling, a solicitor at Leigh Day -- a leading human rights and personal injury claimant firm based in London representing Hoareau -- said, “Our clients believe the latest decision taken by the government about the Chagossians is unlawful. It is time for our government to end the ongoing injustice face by the Chagossians. Our client’s right to abode must be recognised and Mrs Hoareau and her fellow Chagossians must be allowed to return home.”

Pierre Prosper, the chair of the Seychelles Chagossians Committee, said, “The British Government must understand we will never give up the fight for the right to return to our homeland and to right the wrongs they have done to our community. Our elders are dying out every year, exiled from their homes, their ancestors’ land and their families’ graves. We fear the British Government is relying on this; that they are buying time and hoping we will lose interest or the will to fight on. But we will not.”

Prosper added that “we hope the UK courts will now ensure the British Government has to reconsider their decision and request a resolution be found recognizing and finally respecting the needs and rights of our community.”

Last year on June 22, Seychelles became one of the 94 countries which voted for the UN resolution requesting an advisory opinion of the International Court of Justice in the Hague, Netherlands, on the legal status of the Chagos island.