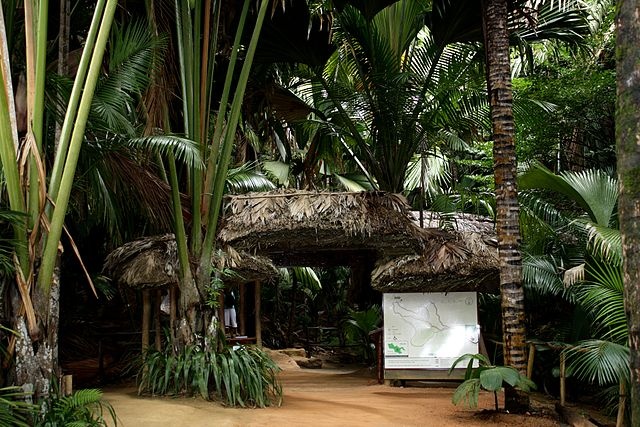 (Seychelles News Agency) - The Seychelles’ Vallee de Mai, which is home to the world’s largest nut, the unique coco de mer, celebrates its 35th anniversary as a UNESCO World Heritage Site this month.

It was on December 9, 1983, that Vallee de Mai was added to the list of UNESCO World Heritage Sites. Managed by the Seychelles Islands Foundation (SIF) since 1989, the nature reserve is located on the second most populated island of Praslin.

“The Vallee de Mai still as outstanding today as it was 35 years ago,” said the communications officer at the foundation, Lynsey Rimbault.

Rimbault told SNA that the site has become Seychelles’ most visited natural site and the large number of visitors each year is a testament to both the outstanding value of the forest itself and the dedicated team that works extremely hard to make every visit memorable.

“We are extremely proud of the increasing numbers of Seychellois visitors to the Vallee de Mai. What was once purely a touristic site is now a beloved source of national pride,” she said.

Throughout the 35 years, the nature reserve has made enormous progress in controlling invasive plants and the forest is in a more natural state than it was previously. Through the European Union (EU) and Inva’Ziles projects, numerous species have been targeted, including rats, yellow crazy ants and several species of plants.

Rimbault said that this was one of the biggest challenges associated with the conservation of Vallee de Mai, and to keep the populations under control, such activities are done throughout

“There is no natural barrier, such as the ocean, surrounding the Vallee de Mai, so it is impossible to prevent invasive alien species from entering the palm forest. Invasive alien species management is therefore aimed at controlling the population size of these species, rather than eradicating them,” said Rimbault.

In order to protect the Seychelles’ endemic and endangered black parrot, the foundation has pioneered a ring-necked parakeet eradication on Mahe, that when successful will be a world first. This is one of many management projects conducted by the foundation.

Talking about the management of the coco de mer, the flagship species of the Vallee de Mai, Rimbault said that the programme has advanced in leaps and bounds in the last decades.

“Previously coco de mer nuts were harvested at unsustainable levels, and although the palms themselves were protected, so many nuts were removed that very few new palms were able to grow. Now, with more research having been conducted on the species we have a far better understanding of its lifecycle and are able to use the science to inform our coco de mer management,” said Rimbault.

She added that the coco de mer regeneration scheme strictly regulates the number of nuts that are allowed to be harvested, and using a stewardship system the nuts that remain in the forest are protected. The active anti-poaching efforts also resulted in more coco de mer nuts remaining in the forest, with regeneration occurring in areas that previously had none.

Over the years the foundation has found different ways to engage the local community in the preservation of the special reserve. Friends of Vallee de Mai club was launched 10 years ago. Educational and outreach programme involves school groups from Mahe, Praslin and La Digue and school children have become some of the biggest champions of this outstanding site.