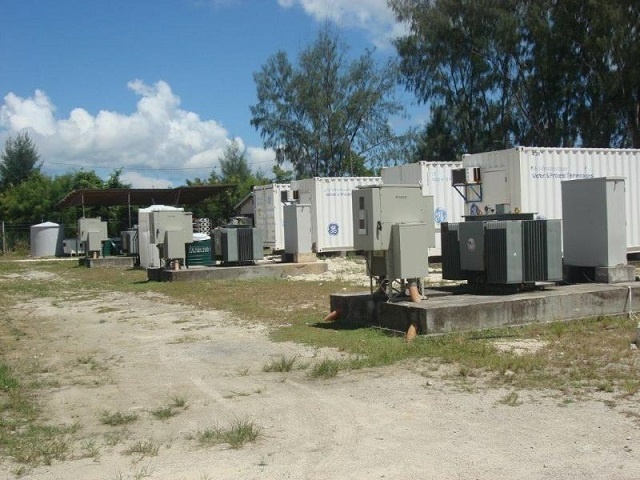 The additional desalination plant will be added at Providence where PUC already has an installation. (Public Utilities Corporation)

(Seychelles News Agency) - The Seychelles Public Utilities Corporation (PUC) is implementing a project to expand its main desalination plant and increase its capacity to 16,000 cubic metres per day.

The project is expected to start by the end of January and will cost $11 million, which will be financed by the PUC

Work is scheduled to finish by July to ensure sufficient supply of potable water on the main island of Mahe as the main reservoir -- the La Gogue dam – continues to undergo renovation and will be completely drained by then.

“In view of ongoing work to raise the level of the La Gogue dam, throughout this year it will be operating at a very low storage level,” explained the chief executive of PUC, Philippe Morin.

Morin added that the extension of the desalination plant is much needed to mitigate the risk of running out of water.

“That means there will be extra water to give to the public while the dam is operating at a low level. The additional desalination plant will be added at Providence where PUC already has an installation,” said Morin.

The Providence desalination plant – located on reclaimed land on the east coast of Mahe - was opened in 2001. Its current capacity is 11,500 cubic metres per day. Presently the plant distributes water to two treatment plants – Cascade and Hermitage.

“We are putting in new compressors, new pumps and other equipment in the new plant. We will also be laying a new pipeline to bring water from the plant across to a new reservoir in the hill at Petit Paris. When necessary the water will be gravitated and distributed all over the island,” explained the chief executive.

According to the Manager of the Providence desalination plant, Ibrahima Diallo, the new plant with a capacity of 4,500 cubic metres will be fully automated.

“However it is good to note that not all the plants are operated simultaneously all the time. The plants run according to the required demand of water in the network only if surface water is not adequate,” Diallo said, adding: “We add the number of desalination plants necessary to bridge the demand to prevent water interruption as much as possible.”

There are four desalination plants on Mahe, the main island of Seychelles – a group of 115 islands in the western Indian Ocean. These are located at Anse Boileau- in the west, at Belombre which is in the north and at the new manmade island of Perseverance in the northeast.

There is also one desalination plant at Baie Ste Anne Praslin and one at La Passe La Digue – the second and third most populated islands of the archipelago.

“Water demand is on the increase and we need the security of supply. The extra plant can be relocated to Praslin or La Digue if and when the need arises. The demand for water in on the increase and PUC will continue to use the desalination plant in the future or when we have drought periods,” concluded Morin.