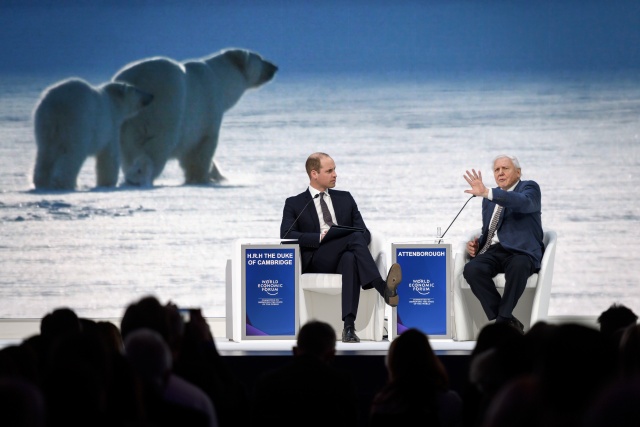 (AFP) - China and Europe take centre stage at Davos on Wednesday, a day after Brazil's hard-right President Jair Bolsonaro promised reform and respect for the environment to the world's business elite.

Top billing at the World Economic Forum will go to Chinese Vice President Wang Qishan, a key member of the communist leadership in Beijing who is tasked with negotiating a truce in the US-China trade war.

The annual conference in the Alpine ski resort was originally expected to see the two sides hold contacts on trade, but that was before the White House cancelled the US delegation's trip due to the government shutdown in Washington.

Beyond the trade war, Davos-goers are also concerned about the economic slowdown in China.

Economic experts predict growth of about six percent in China for 2019, which is still relatively strong, but below the country's stellar rates of recent years.

Wang will be watched closely to see if Beijing has plans for stimulus or to liberalise the economy in order to restore ebbing investor confidence.

Europe also lands on the Davos agenda, with German Chancellor Angela Merkel making her traditional visit to the forum to promote the continent's leading economy.

Merkel comes to Davos weakened after being forced out of the leadership of her CDU party last year. She plans to leave office by 2020.

The Europeans come to Davos under the cloud of Brexit, with Britain's plan to divorce from the European Union blocked in parliament.

Prime Minister Theresa May pulled out of the conference to handle Brexit as did the EU's chief negotiator Michel Barnier, both eager to avoid a "no deal" exit on March 29.

But May's international trade secretary, Liam Fox, is one of a clutch of cabinet members who have made the trip to reassure investors about Britain's post-Brexit future.

Japanese Prime Minister Shinzo Abe, after a recent trip to London to press May to secure a deal with Brussels, will also address the Davos audience on Wednesday.

The younger generation of European leadership will be represented by Spanish Prime Minister Pedro Sanchez, who was thrust unexpectedly to power in June after a parliamentary vote of no confidence in his predecessor.

But his government has so far been troubled by the Catalan independence crisis and its reliance on the far left for its majority in parliament.

Sanchez will meet with top executives from US tech giants, including Sheryl Sandberg of Facebook, with Madrid's controversial decision to tax Silicon Valley on sales certain to be on the agenda.

The EU is struggling to agree a bloc-wide tax on tech giants such as Facebook and Google. Several European countries -- including Spain, France and Britain -- are now looking to impose their own taxes.