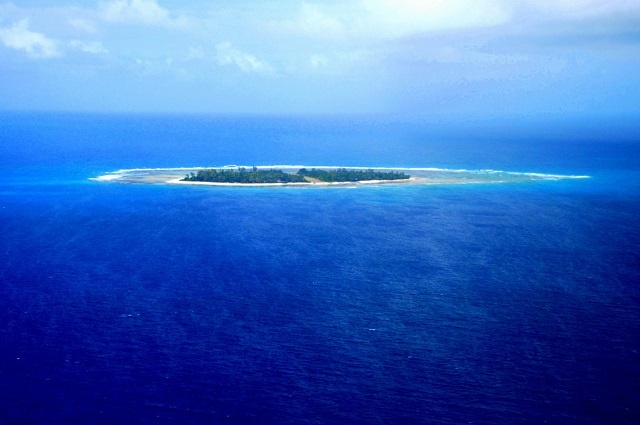 Remire, an island of the Amirantes group, will be marketed as a ‘rent an island concept’. (Islands Development Company)

Tourists will soon have the ability to essentially occupy an entire tropical island, one that will have only one villa on it.

IDC sees increased returns. For the period 2017-2018, the company’s total revenue was $33.6 million (SCR458 million) and “80 percent of that amount was from the tourism sector. So there is great potential there,” Patrick Berlouis, the chair of IDC’s board, told SNA.

The Islands Development Company, which is responsible for the sustainable development of the outer islands, manages 14 islands. It has a permanent presence on 12 of them and projects are now on the way to establish various facilities on the last two -- Cosmoledo and Providence.

Berlouis said that between now and 2023, major tourism activities will be undertaken on these islands. These will include eco-tourism hotels, eco-lodges, private-owned villas, as well as an exclusive villa to be marketed under the ‘rent an island concept’.

The first project, expected to start later this year, is the construction of a 55-room eco-tourism hotel on Platte, a coralline island which lies 140 kilometres south of the main island of Mahe. An environment impact assessment is presently being carried out on Platte island.

“This project is a good investment because although there is a limited number of rooms, the clients will be paying a substantial amount of money to stay at the hotel.  We are talking of a 4 to 5-star establishment. So everything is geared to having a premium product aimed at the high end of the market who can afford these exclusive experience on an outer island,” said Berlouis.

The chairperson said this will be the biggest hotel project so far on outer islands managed by IDC. Four Seasons Desroches Island, which opened its doors in March 2018, is the largest to date with 40 rooms.

IDC has also conceptualised eco-lodges for southern islands, like Astove, Farquhar, Cosmoledo and Providence. Berlouis said it is because these islands are more fragile that IDC will limit the scale of tourism developments there. The management of the six- to eight-room ecolodges on Cosmoledo and Providence will be tendered out.

An ecolodge is a tourism accommodation designed to have the minimum possible impact on the natural environment in which it is situated.

“We want to attract fly fishing enthusiasts, who are willing to pay a top price to have this experience. So the impact on the environment will be minimal but returns to the company will be high,” he said.

Coetivy -- renowned for its black tiger prawn farm in the nineties and early 2000 -- has also been earmarked for two major tourism projects once the government transfers the lease of the island to IDC.

A boutique hotel of 30 to 40 rooms is planned for Coetivy located 290 kilometres from Mahe and a 4-star hotel with approximately 100-120 rooms. IDC is also looking at making available between 85 to 100 privately-owned luxury villas on the island.

Remire, an island of the Amirantes group, will be marketed as a ‘rent an island concept’.

“Most people would enjoy having an island to themselves and this is what we have in mind with this project. To have an exclusive villa on the island where a group of people can come and spend their holidays in privacy,” said Berlouis.

IDC also plans to have conservation programmes alongside tourism development.

The Marie Louise island which became a bird sanctuary last year has the potential for a small ecotourism project of 4 to 5 bungalows especially for bird watchers or for scientific research.

Another ecotourism project will be on Assumption, the largest outer island of Seychelles after Aldabra. IDC plans to build guesthouse facilities to be used by visitors overnighting on the island on their way to and from Aldabra.

Berlouis said all construction work will be carried out by IDC. “We follow strict guidelines when building on outer islands as we have to take into account the ecological aspects of the islands,” he added.

This is the third islands development plan of IDC which also outlines other projects such as agriculture, aquaculture, conservation and rehabilitation of islands. The company will also be building more facilities to cater to locals who want to visit those islands.

The Islands Development Company is a parastatal company created by government in 1980 and is registered under the Companies Act of 1972. The company is wholly owned by the Seychelles government through Société Seychelloise d’Invéstissement  -- a government-owned investment holding company.

Shop until you drop! Seychelles’ first hypermarket to open soon