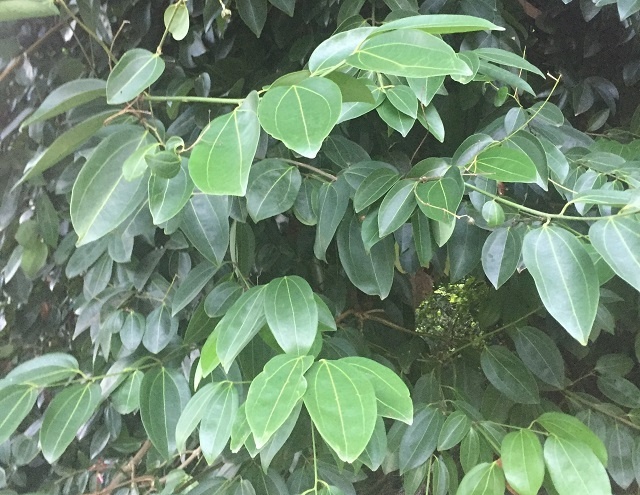 (Seychelles News Agency) - Cinnamon: warm, spicy and aromatic. It's one of the world’s most-used spices. Renowned for its bark and used as an essential oil, it is used as medicine, in food and in beauty products. Once a pillar of the Seychelles’ economy, the plant is today considered as an invasive species as it can be seen all over the island nation.

This week SNA presents 6 interesting historical facts about cinnamon and the Seychelles - a group of islands in the western Indian Ocean.

Pierre Poivre -- a French naturalist who was the administrator of Mauritius and La Reunion (1767 to 1773) -- is credited with having introduced many spices including cinnamon to Seychelles.

In 1771, at the risk of the death sentence, Poivre had personally undertaken a couple of expeditions to the Dutch East Indies (today Indonesia) and managed to smuggle out samples of spice plants, and most important of all cinnamon seedlings, which he brought back to Mauritius.

On October 2, 1972, a bust of Pierre Poivre was unveiled in the grounds of the then-Supreme Court building in Victoria to commemorate the 200th anniversary of the introduction of cinnamon to Seychelles by a man who never even set foot on our shores!

In 1772, Poivre – whose name in English translates to pepper - dispatched his trusted representative, Antoine Gillot, to travel to Seychelles and under his orders commenced the task to cultivate a spice garden that later became Le Jardin du Rois. Cloves, nutmegs, peppers and the first four plants of cinnamon were planted there.

The spice garden, which was located at Anse Royale in the south of the main island of Mahe - flourished until it was destroyed in May 1780. The French who by mistake thought that the British were coming to take over the island purposely set fire to Jardin du Roi.

3. All was not lost thanks to the Mynah birds.

The cinnamon trees at the spice garden were all destroyed but fortunately, nature worked its magic and not all was lost. The Mynah birds which fed on the seeds of the cinnamon had already done their part and had propagated the cinnamon seeds all over the hills of Mahe.

As a result cinnamon trees grew in the wild and in abundance in the mountains. Today, cinnamon is part of the natural vegetation of the granitic islands of the Seychelles.

4. Commercialisation of the cinnamon

Because of the growing consumption of cinnamon worldwide, Seychelles was exporting both essential oils and cinnamon bark to Europe and America. In 1951, 99,332 kilos of cinnamon oil fetched $162,000.

5. Cinnamon – the pillar of the economy

By 1921 with a population of just above 25,000. Seychelles had 67 cinnamon leaf oil distilleries and all of the Crown lands on Mahe and Praslin were leased for cinnamon cultivation, totalling over 25,000 acres. Over the years, there was a distillery on the island of Silhouette as well.

Leaves collected by workers on a daily quota were 50 kilos for men and 40 kilos for women. The price paid by a proprietor to collectors of leaves from lands owned by himself was 30 cents per tonne.

The Chaka brothers – Yakub and Gafoor, were the longest exporters of cinnamon bark from Seychelles. The brothers were up to early 2000, along with local company Seychelles Marketing Board, the only two local exporters.

Cinnamon from Seychelles was considered amongst the best -- organically grown with no chemicals used in the planting, growing and processing of the product.