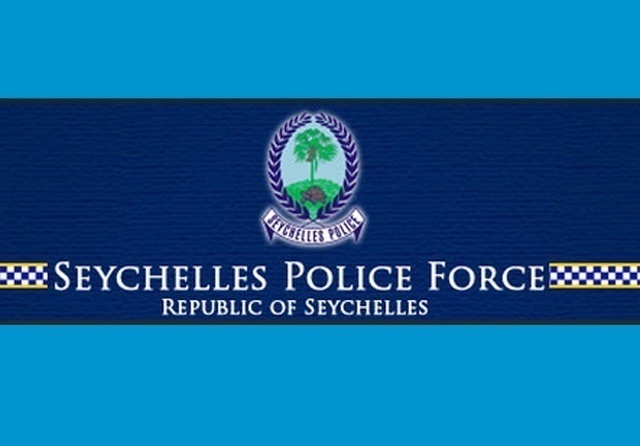 Logo of the Seychelles Police.

(Seychelles News Agency) - The Police in Seychelles have started an investigation after an Iranian dhow caught fire in Seychellois waters early Friday morning.

The fire broke out while the intercepted vessel was being towed to the main island of Mahe by the Seychelles’ Coast Guard.

According to a Police press communique, at the time of the incident there were 13 Iranian nationals on board the dhow - a type of sailing vessel common to the Gulf Arab states.

The boat was stopped following a joint operation between the Seychelles Coast Guard, Seychelles Defence Forces’ Air Force and the National Information Sharing and Coordination Centre.

The police did not immediately respond to questions as to whether the fire was intentionally started by the suspects in order to conceal illegal activity.

The local authorities believe that the Iranians were involved in illegal activities within the island nation’s waters.

The communique said three Iranians were hospitalized for burns sustained during the fire. Two have since been discharged and the third – a cook - remains in the intensive care unit of the Seychelles Hospital, though his condition is described as stable.

The group is expected to be charged but a date for their court appearance is not known yet.

This is not the first incident involving nationals from Iran arrested on suspicion of illegal activities in Seychelles – a group of 115 islands in the western Indian Ocean.

In November last year, the Seychelles’ Magistrate’s remanded 28 eight Iranians after they were arrested for drug-related charges.

The Iranians were intercepted by the Anti-Narcotics Bureau (ANB) together with the Seychelles Coast Guard. Five hundred grams of what is suspected to be cannabis resin and 2.5g of heroin were seized onboard.

In April, there was a similar incident where an Iranian dhow carrying 14 crew members caught fire and sank. This incident also happened during the early hours.

Earlier in January, the Supreme Court of Seychelles sentenced two Iranian nationals to life in prison for the importation of heroin and opium. The two convicts -- Emam Bakhsh Tarani and Hattam Mothashimina -- were both found guilty of four offences under the Misuse of Drugs Act.