Condolences, memories from Seychelles' leaders pour in after passing of former President Rene 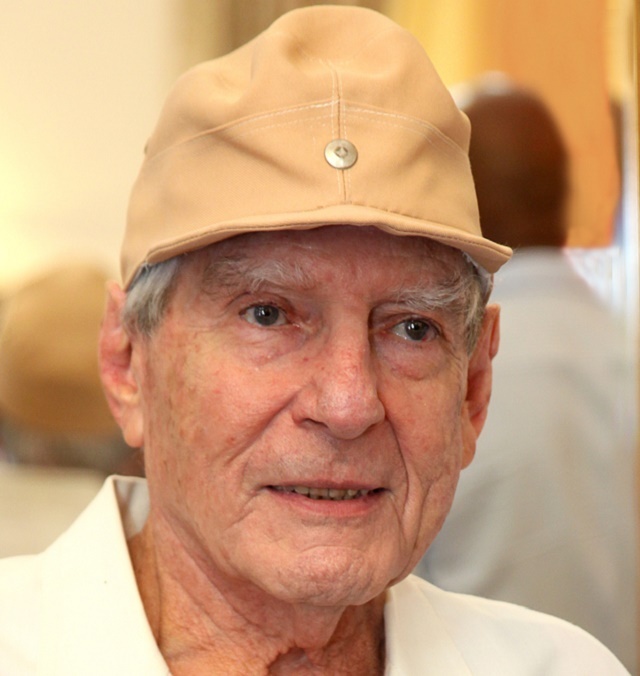 (Seychelles News Agency) - France Albert Rene, Seychelles’ longest-serving president, died on Wednesday. He was 83. Messages of condolences poured in after the announcement of Rene's passing.

In announcing the news on Wednesday morning, President Danny Faure said, “On behalf of the government, my family and in my own name I present our profound condolences to his family and every-one close.”

Faure said that all Seychellois know the work President Rene has done for Seychelles and the battle he led for independence and for the transformation of the island nation for the benefit of all Seychellois.

“For Seychellois to regain their dignity, for equal opportunity, for social justice -- he was a true patriot with a profound love for his country and his people; for children, young, workers and the elderly. He encouraged Seychellois to forge their identity and to live and celebrate their culture,” he said.

Faure concluded in saying “Together with the Seychellois people, I salute President Rene for his work."

Former President James Michel offered his deepest condolences to the family of Rene and all their loved ones and prayed that they be granted the courage to surmount their great loss.

“A foremost son of Seychelles is no longer with us. An era has passed. I join his family and the people of Seychelles in grieving the death of President France Albert Rene. His demise leaves a great void amongst us,” said Michel.

He added that “France Albert Rene was my mentor, my tutor and my inspiration. To him I owe my political career and experience. His were the hands that guided me through many tumultuous years and helped me surmount countless obstacles. He gave me confidence and faith in myself. He helped forge my principles and beliefs to which I have remained true and faithful to this day.”

Michel said that regardless of one’s feelings towards Rene, his achievements far outweighed any shortcomings that he may have had.

“France Albert Rene will be remembered as one of the founding fathers of the First Republic and the architect of the Second and Third Republic. In this regard, he will live on in our memories,” he said.

Michel said that Rene’s lasting legacy will be that of a freedom fighter and a liberator and that “he believed firmly in the unity of our brothers and sisters on the African continent, and in the universality of humankind. He never tired or failed to advocate those principles. And he gained the respect and admiration of many.”

The United Seychelles which is the new name of the party established by former president Rene in 1964, said in a communique that it joins with all Seychellois who are sad today following the death of President Rene.

“Today all Seychellois who wants to work hard can progress without race, colour and quality as a consideration like we said in the past. The attention Mr. Rene put on education, health, housing and other social gains has made it all possible,” said United Seychelles.

The party added that “even if today we are sad to say goodbye, we also celebrate his life as a remarkable man. His work has touched many for the better and many are very grateful. What he has done for this country and this nation will be celebrated for generations.”’

In expressing his condolences, Patrick Pillay, Leader of opposition party Lalyans Seselwa said, “I had the opportunity to work directly under the stewardship and guidance of President Rene for more than a decade and I can safely say that Mr. Rene was a visionary, a strong and disciplined leader; whose governance and rule with a firm hand to take our country to greater heights earned him the respect of many.”

Pillay added that “by his own admission (on more than one occasion publicly), he was not a saint. Like all men he made mistakes, some allegedly very serious ones which have unfortunately aggrieved some of our population.”

He said that while sincerely respecting the sentiments of those who have suffered under his rule, Lalyans Seselwa and he, “firmly believe that apart from those errors of judgment and practices; he contributed immeasurably to the development of our small island state.”

“Lalyans Seselwa and I also believe that the passing of President Rene provides us with the opportunity for forgiveness and healing. Seychelles can only progress to the next level if we concentrate our efforts on the future of Seychelles and on uniting our people where love and harmony reigns supreme. May his soul rest in peace,” concluded Pillay.

LDS said that “Rene’s role in the history of our country is well-known to every Seychellois and to the world. His passing away closes a chapter in this history and it will be for historians to define his legacy.”

The opposition coalition added that Rene’s leadership of the country and his work will be viewed differently by Seychellois according to their personal experiences.

“But at this moment, we put political differences aside and honour the values that we wish to live by and by which we wish our country to be guided, which include national reconciliation and unity."