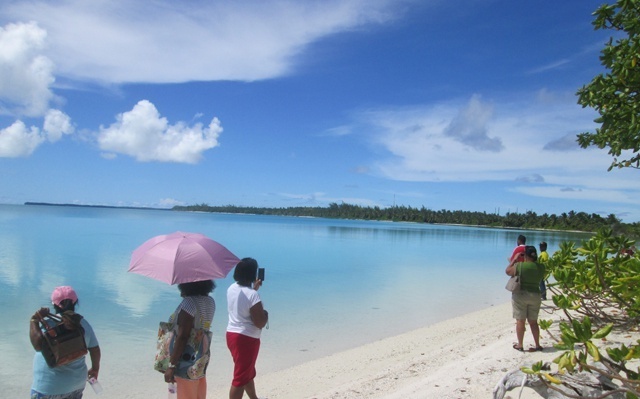 (Seychelles News Agency) - Seychelles-based Chagossians have welcomed the International Court of Justice’s (ICJ) legal opinion that Britain should return the Chagos islands to Mauritius. The community said, however, that the Mauritian government should give the Chagossians, both in and outside of Mauritius, full assurances and due consideration on the group’s entitlement.

Pierre Prosper, chair of the group in Seychelles, said the Chagossians’ demand for assurances should be over what the Mauritian government think they should get out of the Chagos islands. Prosper was giving his reactions following the UN's top court legal opinion on Monday on the decades-old dispute between the displaced islanders, Mauritius and Britain.

Britain should give up control of the Chagos Islands in the Indian Ocean "as rapidly as possible", the court said, according to an article from the Agence France Presse.

The International Court of Justice based in The Hague, Netherlands, said that Britain had illegally split the islands from Mauritius before independence in 1968, after which the entire population of islanders was evicted.

"The United Kingdom is under an obligation to bring an end to its administration of the Chagos Archipelago as rapidly as possible, thereby allowing Mauritius to complete the decolonisation of its territory," the article reported.

Mauritius and the exiled Chagossians reacted with delight to the opinion delivered by judges in The Hague, which is non-binding but will carry heavy symbolic and political weight.

Olivier Bancoult, chairperson of the Mauritius-based Chagos Refugees Group, told reporters outside the court that "it is a big victory against an injustice done by the British government for many years. We people have been suffering for many years," said a happy Bancoult.

Prosper said that now, the group will wait for the resolution of the United Nations General Assembly, though it is not clear when the assembly will convene.

“We are counting on the Seychelles government to support our presentation to demand assurances from the Mauritian government,” explained Prosper.

The chair added that, “we also want the Mauritius government to inform us of how us Chagossians, will be treated under their jurisdiction, as well as what plans that they have for the islands. The Mauritian government should know that if the Chagossians are not treated properly they will be getting a fight out of us.”

Fifty years ago Britain separated the Chagos Islands from its colony Mauritius, expelling the entire population to make way for the installation of a US military base that is today highly strategic.

The International Court of Justice’s legal opinion in favour of the Chagossian communities comes as a light at the end of a long tunnel for the Chagossians. Ten days ago, the group met with another hurdle in their fight to return to their islands when the United Kingdom’ Divisional Court rejected their request for judicial review.

But the islanders said they are going to seek permission to appeal the High Court judgment handed down, which dismissed their claims against the UK government.