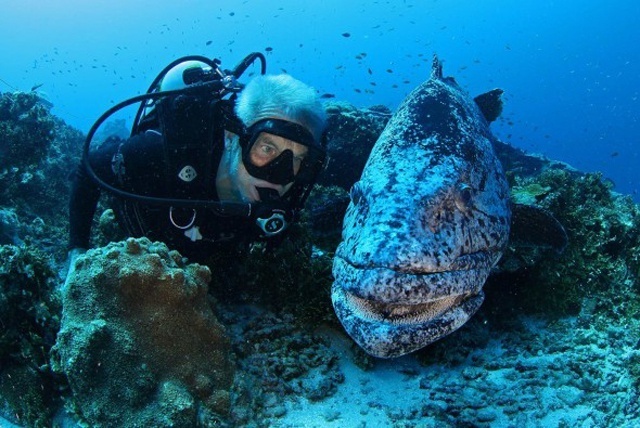 (Seychelles News Agency) - Seven Seychellois researchers have received grants from Nekton Mission and Seychelles Conservation and Climate Adaptation Trust (SeyCCAT) to take part in an underwater expedition that will explore the depths of up to 500 metres of Seychelles' waters.

Jennifer Appoo, Sheena Talma, Damien Labiche, Clara Belmont, Andrew Souffre, Stephanie Marie and Jeanne Mortimer were chosen based on the projects they submitted to Nekton and SeyCCAT. The entire project costs $80,000 and is co-financed by Nekton and SeyCCAT.

The focus of the research is variability in trophic signatures of zooplankton and food web dynamics within Seychelles’ waters. Seychelles, a group of 115 islands in the western Indian Ocean, has an Exclusive Economic Zone of 1.4 million square kilometres.

Ocean Zephyr -- the expedition ship which is a floating research station -- set sail from Seychelles on March 4 for the two-month expedition.

The expedition will identify deep-sea shark and rays, the species of seagrass and marine algae that can be found in the outer islands of SeychellesOther species found at different depths throughout the Seychelles’ waters and marine predators around Aldabra are also expected to be identified.

The chief executive of Nekton and head of the expedition, Oliver Steed, met with President Danny Faure on Monday.

Faure and Steed discussed the expedition and associated preparations, and its value for Seychelles, such as the data it will generate. It was agreed that this invaluable data would help support the sustainable development of the Blue Economy and the governance of Seychelles’ vast ocean territory.

Two or three Seychellois will be in each leg of the expedition to explore the deep waters around Farquhar, Amirantes, and Aldabra. This will also include collecting data, including water samples at different levels, species, plants, corals and plankton.

The exploration will be done onboard a submersible capable of descending to 500 metres.

Angelique Pouponneau, the chief executive of SeyCCAT, describes the project as a once-in-a-lifetime opportunity that “will contribute to science nationally and internationally and, inform the policies we make about the marine environment and the blue economy.”

“These are Seychellois who will be collecting data, generating knowledge and then sharing it out with the public. This is Seychelles as a small island developing state developing its own science”, adds Pouponneau.

One of the researchers, Andrew Souffre, a fisheries scientist who is currently working at the Seychelles Fisheries Authority (SFA), said this expedition is a once-in-a-lifetime experience.

An excited Souffre told SNA, “Expeditions like this do not come by every day. I am looking forward to meeting so many scientists in various fields and to use the latest state-of-the-art equipment”.

Souffre says his previous experience as a fisheries scientist has allowed him to dive at 40 metres depth in Seychelles waters.

“Going that far below the sea, in areas considered to be still pristine and to see what lie in our oceans is incredible,” he added

Souffre, who is among three other SFA staff on the expedition, will be joining the Nekton on April 14 for the Amirantes leg of the trip.

He will be observing how climate change is having an effect on the marine ecosystem so that the country can work on a management plan for sustainable fisheries.

Once completed, two of the researchers, Sheena Talma -- a conservationist and marine biologist, and Jennifer Appoo, science and projects coordinator at the Seychelles Island Foundation (SIF), will be travelling to the UK for a fellowship at the Oxford University.  The fellowship is financed entirely by SeyCCAT.

Nekton will be visiting Aldabra during its first descent expedition and supporting the work of the Aldabra Clean Up Project, which started at the end of February.

Nekton Deep Ocean Exploration based in Oxford is backed by various partners, including the UK Government, Omega, Kensington Tours, University of Oxford, International Union for Conservation of Nature (IUCN), Sky and The Associated Press.