6 Sri Lankans detained in Seychelles on suspicion of illegal fishing 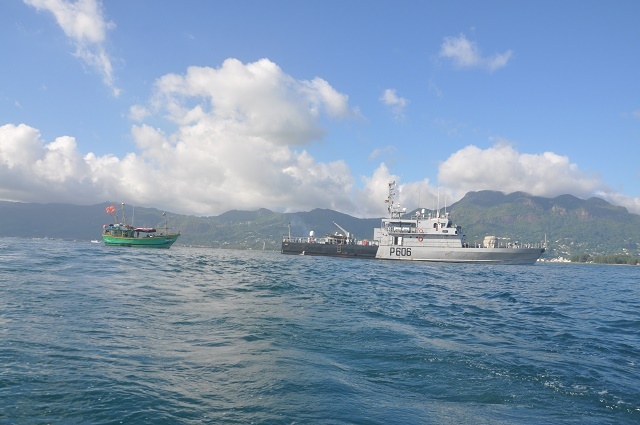 (Seychelles News Agency) - Six Sri Lankan nationals are being detained in Seychelles after the vessel they were onboard was intercepted in the waters of the island nation on suspicion of illegal fishing, said the Seychelles People’s Defence Forces.

The Sri Lankan nationals, who appeared in court on March 1, are being remanded for 14 days.

The Seychelles People’s Defence Forces said that “a Coast Guard board team was subsequently sent on board the suspected vessel to conduct an inspection, during which evidence relating to illegal fishing was observed.”

Following consultation with the Seychelles Fisheries Authority (SFA), the vessel was escorted to Port Victoria for further investigation. The vessel arrived in Port Victoria in the early hours of March 1 and was handed over to SFA and the police.

In 2018, there were three incidents of illegal fishing by Sri Lankan-flagged vessels in the waters of Seychelles.