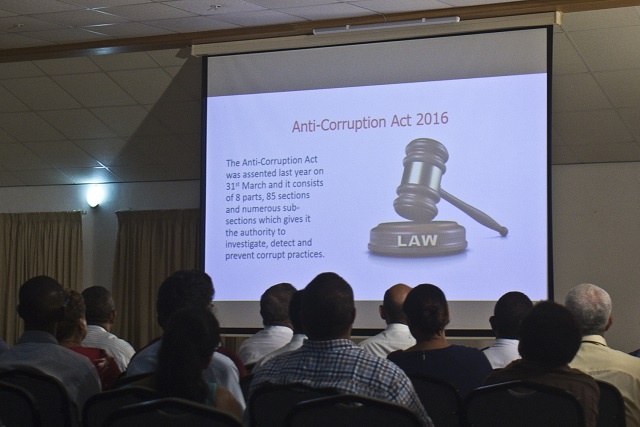 Speaking to SNA on Tuesday, the AU officer from the Department said that this year Seychelles won the award in recognition of the progress the country has made in integrating gender equality and women empowerment into efforts to fight corruption.

The African gender scorecard award was introduced by the African Union at the summit for heads of state in 2015 to recognise the good progress made by member countries. The theme for 2018 was "Winning the fight against corruption: a gender sensitive path for the transformation of Africa."

The 4th edition of the award which was given at the AU summit in February was aligned with the AU’s theme for 2018. The theme focused on assessing the level of integration of a gender dimension into the fight against corruption by member States.

At the award presentation ceremony, Moussa Faki Mahamat, the Chairperson of the Union Commission, commended the Seychelles’ government as well as the institutions responsible for fighting corruption for the collaboration that will lead to further progress in advancing gender equality and women empowerment.

The Anti-Corruption Commission of Seychelles, an archipelago in the western Indian Ocean, was set up under the Anti-Corruption Act 2016. The Commission which is tasked with receiving complaints, investigating, detecting and preventing corruption practices in the public and private sector is headed by chief executive May Da Silva.

This is the second time Seychelles wins an AU gender scorecard award. The island nation won in 2016 for the recognition of its progress made in economic rights for women.