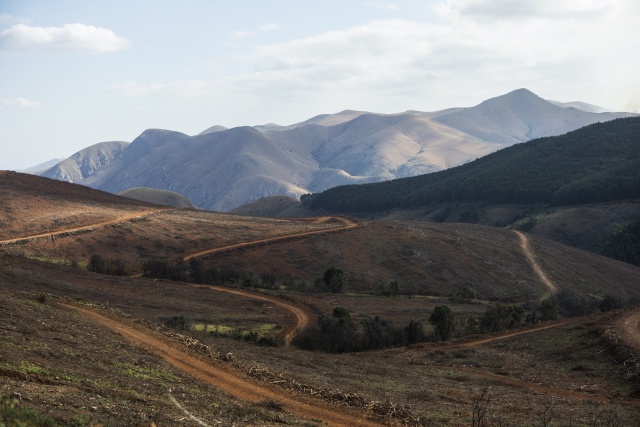 (AFP) - With the world's forests increasingly under threat from climate change and logging, leaders and top bank chiefs pledged billions on Thursday to help reverse the steep decline in Africa's woodland areas.

So far this century East Africa alone has lost around 6 million hectares of forest, swathes of which contain plants and wildlife found nowhere else on Earth.

"Our forests are the lungs that keep this planet alive," Kenyan President Uhuru Kenyatta told delegates at the One Planet Summit, a green investment event, in Nairobi.

"Deforestation and degradation of our environment ultimately undermines our efforts towards biodiversity conservation, climate change mitigation as well as adaptation.

"This, without doubt, leads to a loss in economic productivity, as well as destroying means of livelihood for millions."

The United Nations estimates that Africa will be home to 2.2 billion people by 2050, necessitating massive investment in infrastructure -- a process historically ruinous for the environment.

Unlike Southeast Asia and South America, where big agribusiness flattens rainforest for mega-farming projects, much of central and eastern Africa's loss stems from small-scale farming and energy use.

Lacking access to centralised power, millions of families across the region rely on charcoal or wood for cooking and heating.

The One Planet Summit, on the sidelines of the United Nations Environment Assembly, brought together policymakers and business leaders to boost funding for renewable energy projects in Africa, thus protecting its forests.

"The potential for renewables in Africa is phenomenal but it is still underutilised," the World Bank's interim president Kristalina Georgieva told AFP.

"Solar today in Africa produces only 1.5 percent of electricity. That's a shocking number. It cannot be like this."

Her organisation this week promised $22.5 billion for sustainable development programmes in Africa between 2021-2025.

African Development Bank head Akinwumi Adesina on Thursday pledged $25 billion for climate initiatives across the continent over the next five years, many of which will seek to preserve and regrow forest areas.

Africa, the world's least developed inhabited continent, is already feeling the effects of the warming planet.

Despite contributing only four percent of global greenhouse gas emissions, 65 percent of Africans have already felt the impact of droughts and flash-flooding which have become more frequent due to climate change.

More than six billion tonnes of planet-heating CO2 is tied up in the forests of Central Africa and millions of people are reliant on the food, water sources, medicinal plants and shelter they provide.

Climate scientists say simply leaving the world's trees in the ground would slash greenhouse gas emissions by as much as 15 percent.

But some countries said Thursday they would go further, actively seeking to regrow deforested areas.

Kenyatta said Kenya's tree cover would reach 10 percent by 2022, up from its current level of seven percent.

And Madagascar's new president, Andry Rajoelina, said his Indian Ocean island nation -- which is home to thousands of unique species of plants and animals -- would embark on a mass planting scheme after losing 45 percent of its forests over the past six decades.

"That's 40-80 million trees planted each year. Each Madagascan citizen will, therefore, be asked to plant at least five trees a year."