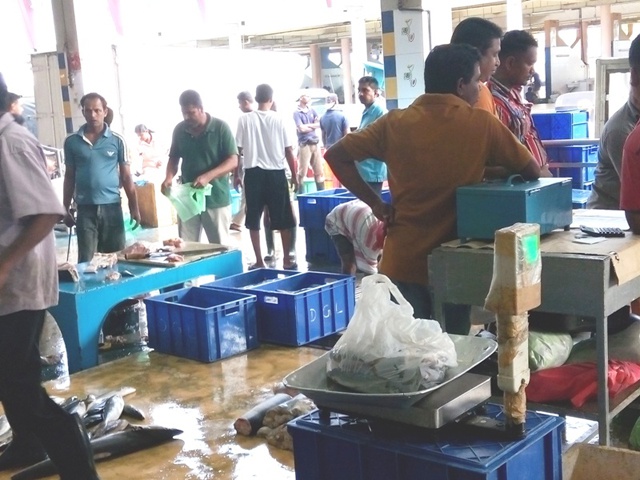 (Seychelles News Agency) - The bustling capital city of Colombo in Sri Lanka, with its metropolitan population of 4.5 million inhabitants is a far cry from the commercial centre of the Seychelles, which contains only a handful of streets and even fewer newly-installed traffic lights.

However, the two cities, as different as they may seem, may have a lot to offer each other in terms of tourism, fisheries and commerce. This is the hope of the mayors of the two towns, Colombo’s A.J.M Muzammil and Victoria’s Jacqueline Moustache-Belle, who recently signed a twinning agreement between the two capital cities.

The concept of town twinning, originally conceived after the Second World War in 1947, was meant to create new ties of friendship and cultural understanding between former enemies as an act of peace and reconciliation.

Today, the practice of town twinning has been widely adopted to foster strategic international business and tourism links between geographically and culturally diverse cities across the world.

Sri Lanka, a large island nestled at the foot of the Indian sub-continent, boasts the oldest democracy in South Asia and an emerging market economy, its largest sectors being tourism, tea exportation, clothing, rice production and other agricultural products.

In the aftermath of a 26-year long civil war between the ruling Sinhalese and minority Tamil separatists, concluded by a heavy-handed defeat of rebel forces in 2009 that drew criticism from human rights groups, the country is now showing signs of significant economic growth, although development challenges still persist.

The twinning agreement, which was signed at the Colombo Town Hall, was part of a recent visit to the Sri Lankan capital by Mayor Moustache-Belle and the National Assembly’s elected member for Belombre northern district of the main Seychelles island of Mahé, Galen Bresson.

The two attended meetings with representatives of the Sri Lankan Ministry of Fisheries and Aquatic Resources Development as well as tourism representatives.

They also met with specialists in aquaculture, researchers and fishing boat designers.

40 Seychellois from the Bel Ombre district are expected to visit Sri Lanka soon as part of the twinning agreement.

Speaking to the Seychelles Nation upon their return, Bresson said that the community of fishermen in Sri Lanka had many similarities to their Seychellois counterparts.

“However Sri Lanka has a very dynamic and growing economy which has enabled it to develop and expand its fisheries industry to greater heights over the past few years. This has made it an ideal example for Seychelles to model,” he said.

Although Bel Ombre’s fish market is still underdeveloped, it still has tremendous potential, according to Bresson, who says he was inspired by the Colombo fish markets’ infrastructure and setup.

Similar to the current situation in Seychelles, Colombo had a single central fish market which, faced with higher demand from the growing metropolitan population, had to find a solution to its space constraints, resulting in the decision to decentralize the market over various locations.

Initially facing a negative backlash from the public, the organizers pushed ahead and the market now boasts banking facilities, cafeterias and services for freezing and exporting fish.

Bresson has announced that an association for the Bel Ombre fish market will soon be created, but for the moment, the focus will be placed on artisanal fishing.

“It is important for us to make the price of fish more affordable to everyone and we believe that by getting new blood into the industry and promoting artisanal fishing, we will be able to achieve this aim as well as keep the tradition going,” he said.

Bel Ombre will shortly play host to Sri Lankan experts, who will assess the Bel Ombre fish market’s current setup and give their recommendations for improvement.

Aquaculture is another area within the fisheries sector where Seychelles can benefit from Sri Lanka’s experience. Due to dwindling fish stocks near the coast of Sri Lanka, the farming of fish and other seafood in controlled environments has already begun in earnest.

For Mayor Moustache-Belle, twinning the two capital cities is only the beginning in terms of tourism. She has announced that she is investigating the possibility of collaborating with tourism officials in Sri Lanka to offer Seychelles and Sri Lanka as a dual destination package for tourists, similar to the Vanilla Islands concept or the beach-safari dual destination packages popular between African mainland countries and the Indian Ocean islands.

Sri Lanka is a biodiversity hotspot, with 24 wildlife reserves, home to a wide variety of endemic species such as Asian elephants, leopards, sloth bears, deer, the purple-faced langur, the endangered wild boar, porcupines and anteaters.

The Sri Lankan Ministry of Tourism has also shown interest in investing in small-scale tourism establishments in the Seychelles.

In September, the Seychelles Chamber of Commerce and Industry (SCCI) will be holding a Sri Lanka-Seychelles trade fair, and a number of Sri Lankan businessmen are expected to exhibit their products.