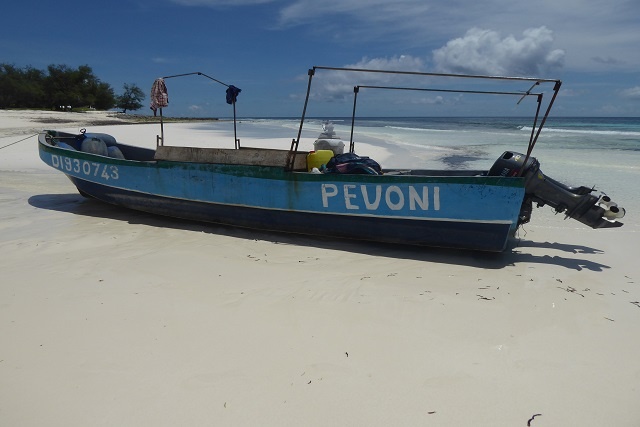 (Seychelles News Agency) - Three citizens of Comoros are being detained in Seychelles after their vessel was intercepted in the vicinity of Assumption on suspicion of illegal fishing this week, said the Seychelles People’s Defence Forces on Wednesday.

The three Comorians are being held at the Detention Remand Facility located within a compound of the Seychelles police at Bois De Rose Avenue, on the outskirts of the capital, Victoria. The suspects, who appeared in court on Wednesday, are being detained for 14 days and will reappear in court on April 10.

The vessel ‘PEVONI’ was spotted by service personnel of the Seychelles People’s Defence Forces (SPDF) based on Assumption, an outer island of Seychelles. Information was relayed to PS ETOILE -- a vessel of Seychelles Coast Guard -- which was tasked with investigating the fishing vessel.

SPDF said that evidence of illegal fishing was found on the vessel and the boat was escorted to Assumption Island for further investigation.

A team from Mahe, the main island, comprising of the authority’s inspectors, a health officer and the police, were flown to Assumption by the Seychelles Air Force on Tuesday to carry out further investigations.

The three Comorian fishermen were flown to Mahe the same day where they were placed in the custody of the police.

In his last live news conference for 2018, President Danny Faure as the Commander-in-Chief said that Coast Guard assets will be moved to Assumption, however, no military base has been created on the island.

Faure added that there is a need for the Coast Guard to be present in that area as “a lot of things are happening there.”

Should the fishermen be charged, this will be the first case of illegal fishing involving Comorian in the past few years.

Most cases since May last year have involved Sri Lankan nationals.

Earlier this month, the Supreme Court sentenced the captain of a Sri Lankan fishing vessel $14,600 (SCR200,000) for illegal fishing in the Seychelles’ waters.  The Sri Lankan national, Kaluharath Keerthirathan, pleaded guilty to the charge of fishing without a foreign licence on November 5, 2018.