VP of Seychelles, in Britain, told that Commonwealth is committed to Blue Economy 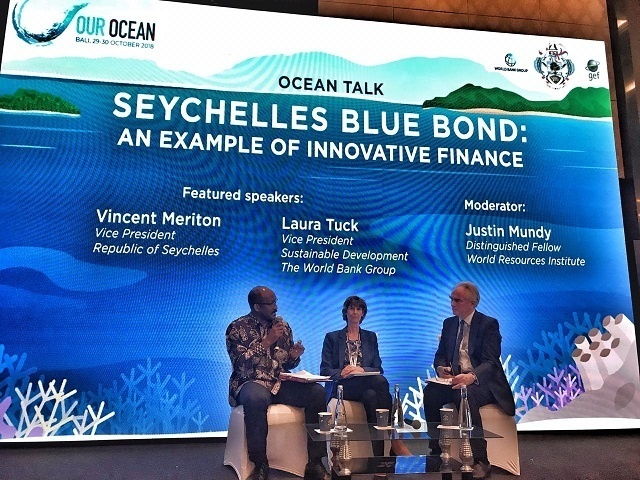 (Seychelles News Agency) - The Commonwealth is committed to exploring avenues for closer collaboration with Seychelles in the development of the Blue Economy sector, the Department of Foreign Affairs said on Friday.

According to the Department’s press communique, the Secretary-General of the Commonwealth, Patricia Scotland, met with the delegation of Seychelles headed by Vice President Vincent Meriton on Wednesday. The delegation is on an official visit at the Commonwealth Secretariat in London.

During the meeting, Scotland commended Seychelles for the initiatives being undertaken as a small island state in leading and developing the Blue Economy sector.

In October 2018, the government of Seychelles in collaboration with the Commonwealth launched the ‘Blue Economy Strategic Framework and Roadmap’ to build its ocean-based economy. The roadmap is an ongoing partnership between the Commonwealth and the Seychelles to protect the island nation’s vast Exclusive Economic Zone of 1.4 million square kilometres.

Seychelles, an archipelago in the western Indian Ocean, is seen as a champion of the Blue Economy. In October last year, the island nation launched the world’s first sovereign blue bond, a financial instrument designed to support sustainable marine and fisheries projects.

The Blue Economy Strategic document and Roadmap outline an integrated process that is aligned with the Seychelles National Development Strategy.

The Secretary-General also reiterated her commitment to working closely with Seychelles to take forward the Commonwealth Blue Charter under which the island nation leads the Marine Protected Areas Action Group.

Other discussions focused on matters related to climate change resilience and disaster preparedness and management.

Seychelles and the Commonwealth agreed to work together in exploring mechanisms to facilitate access to funding from the Green Fund.

In London, Meriton held a bilateral meeting with Harriett Baldwin MP, UK Minister of State for Africa in the Foreign and Commonwealth Office. The discussion was on maritime security, economic partnership agreement (post-Brexit), the ongoing Nekton science research expedition and the fight against plastic pollution in the oceans.

The issue of the ongoing challenges of Illegal Unreported and Unregulated fishing in the African region was also discussed.

Vice President Meriton also participated in a roundtable discussion on trade and investment opportunities in Seychelles with a selected group of investors and financial analysts. Meriton and his delegation answered questions on a broad range of issues such as ease of doing business, technology and information, hydro-carbons, human capital, education and the blue economy.