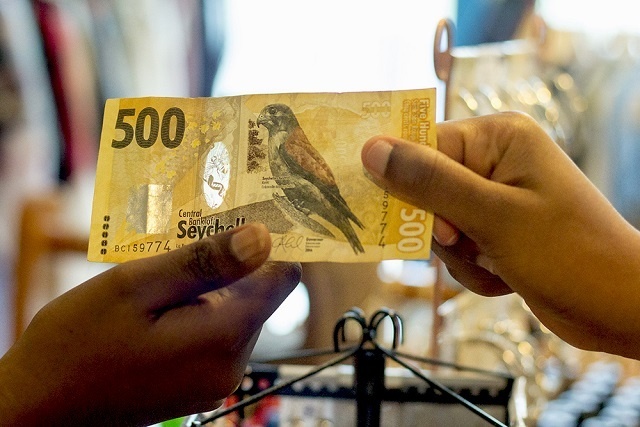 Among the policies planned for 2019 is an increase in salary for the public service. (Salifa Karapetyan, Seychelles News Agency)

(Seychelles News Agency) - The Seychelles’ government plans for the year 2019 can still be implemented despite a shortfall in the projected tax revenue for the fiscal year ending December 31, 2018, said an official from Finance Ministry.

The government had initially forecast SCR 7.4 billion ($544 million) in revenue while the provisional total revenue collection is SCR 7.29 billion ($536 million).

The director general for macroeconomic forecasting and analysis division in the Ministry of Finance, Yannick Vel, told SNA that the figure is underperformance of about SCR107 million ($7.9 million)

“Through savings on the expenditure side, the Government over-performed on its primary balance target of 2.5 percent of Gross Domestic Product (GDP) and managed a surplus of about 3.5 percent of GDP. Based on this result, the government can implement all its programmes for 2019,” said Vel.

Some policies planned for 2019 include an increase in salary in the public service, an increase in social benefits and stipends for students in tertiary education institutions and a review of housing subsidies.

Vel said, “An exact sustainable tax figure cannot be explicitly stated as the budget remains dynamic every year with changing priorities and programmes.”

However, he added that the budget will remain sustainable as long as the government remains committed to reducing public debt to 50 percent of GDP by 2021, and maintain a primary surplus of 2.5 percent of GDP is maintained.

An increase in revenue at the end of this year is expected with the introduction of new taxes -- the Immovable Property Tax and Sugar Tax.

The Ministry of Finance, Trade, Investment and Economic Planning said the new taxes are expected to bring in additional revenue of approximately SCR 65 million ($4.8 million).

“However, this amount will be curtailed given other revenue losing policies spilling over into 2019, such as the full-year implementation of the Progressive Income Tax,” said Vel.

Meanwhile, the Seychelles Revenue Commission (SRC), which collects government taxes, said it is generally satisfied with the performance for the revenue collection for 2018, despite major setbacks.

SRC’s Revenue Commissioner, Ronald Cafrine, said, “Resources have been the major setback including limited manpower and trying to retain staff, working space as well as IT system.”

The revenue is collected from taxes on income and profits, social security contributions, taxes levied on goods and services, among others.

According to SRC, the three main industries for domestic tax contributions last year were tourism, which provided 32.1 percent of tax revenue, the insurance and financial sector with 11.1 percent and wholesale-retail and others at 10.9 percent.

For 2019, the government is projecting to collect a total revenue including grants of SCR 8.95 billion ($658 million).