4 Seychellois of Indian origin who have made an outsize impact 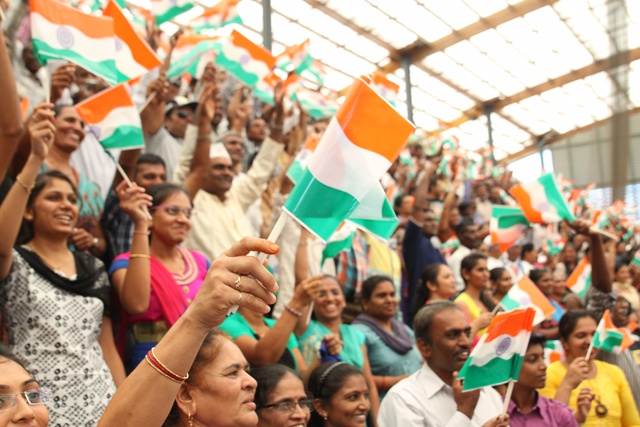 (Seychelles News Agency) - Every year the Indian community in Seychelles honours Seychellois of Indian origin who have contributed significantly to the economy and development of the island nation. Last weekend Seychelles Indian Diaspora Day event was held at the Berjaya Beau Vallon Bay Beach Resort & Casino.

The event, which is also known as the Non-resident Indian Day, coincided with the Pravasi Bharatiya Divas, which commemorates the return of Mahatma Gandhi to India from South Africa on January 9, 1915. It also commemorates the contributions of the Indian diaspora in the development of India and the world.

In this week’s buzz, SNA presents four Seychellois of Indian origin who were honoured.

Born in Seychelles on June 17, 1933 to Indian parents - Valabjhi and Chandubai Dharmachand - Valabjhi were the fourth of six siblings. In 1962, he founded his business, Abhaye Valabjhi, located on Albert Street in Victoria. It trades in home appliances, marine and hardware items. Valabjhi was a keen supporter of charities in Seychelles and also sponsored many sporting activities. He also supported many not for profit organisations. Valabjhi, who lived for a brief time in the United States, passed away in November 2017 at age 84.

A doctor by profession, Patel arrived in Seychelles in April 1964. Prior to his arrival Patel was working in Kenya as a medical officer. At that time the Seychelles health department was urgently looking for a medical officer as there were only three medical doctors working on the islands. Patel joined the medical team of the island nation as a general practitioner. His profession took him to Praslin and La Digue, the second and third most populated islands. During the late 1960s and early 70s, Patel cared for many leprosy patients. Patel retired in 1992, aged 62, after serving in various positions in the health sector, including that of director general. Although retired, he was retained as a consultant overseeing students going for overseas studies.

Son of the late Somas Pillay, who was one of the early settlers from Chandrapdi, South India, Tamatave who was born in 1935, grew up on Praslin. In 1991, he was selected to be a member of the district council. This prepared him to later take up the post of district administrator of

Grand Anse - one of the two districts of Praslin. Tamatave later pursued his career in politics where he became the chairperson of the Seychelles People Progressive Front (SPPF) branch on Praslin. From 1998 to 2002 Tamatave served as a member of the National Assembly representing his constituency. Tamatave passed away in 2008 and a housing estate at Grand Anse, Praslin is named after him.

Born in Pondicherry, India, Chetty settled at Anse Aux Pins, a district in the east of the main island of Mahe. His first year of schooling was at the St Louis college, which was run by the Marist Brothers. He was always very advanced in school. At the age of 15, he was ready for university and was enrolled in a medical school in Madras, India.

He later got ill and had to abandon his studies. Chetty came back to Seychelles and got married to a Seychellois girl. After that, he started his business exporting copra. He later joined politics to become a member of the Seychelles Democratic Party (SDP). Upon independence from the British, Chetty was made the minister of agriculture and later became the minister of finance under the leadership of President James Mancham.