A mother bird with a helper lives longer, according to study of Seychelles warblers 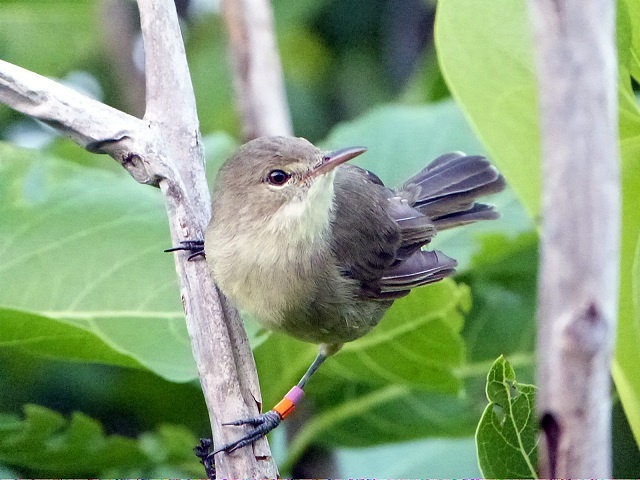 This finding was made during a study carried out by researchers at the University of East Anglia (UEA) and the University of Groningen in the Netherlands, in collaboration with the universities of Leeds, Sheffield and Wageningen, and Nature Seychelles.

The study focused on the relationship between ageing and offspring-rearing patterns in the Seychelles warbler, who have the scientific name acrocephalus sechellensis. Results show that females of the species that had assistance from other female helpers lived a longer and healthier life.

The Seychelles warbler, a small greenish-brown bird with long legs and a long slender bill, was close to extinction in the 1960s due to the introduction of predators such as rats and cats and other adverse effects of human habitation. When Cousin was turned into a nature reserve in 1968, the island became the bird’s last remaining refuge.

Like other warblers, these birds feed on insects. They are territorial but grown chicks often stay with their parents to help raise subsequent broods. A professor from UEA’s School of Biological Sciences, David Richardson, said that among the Seychelles warbler the majority of helpers are female.

“They assist with incubating the eggs and providing food for the chicks. This means that the parents don’t need to do as much work when they have help. We found that older dominant females really benefit from having female helpers – they lose less of their telomeres and are less likely to die in the near future,” said Richardson.

He added that “this shows they are ageing slower than females without helpers. Interestingly, these older female mothers were also more likely to have female helpers.”

The survival of older birds who were not assisted by helpers declined rapidly with age. Most females have one helper with very few having two or three.

Data collected over 15 years on the breeding patterns of Seychelles warblers was used during the study.

“Our results suggest that for the older mothers, there are real benefits to cooperative breeding. Biologically speaking they stay ‘younger’ for longer, and they are more likely to live longer,” said Martijn Hammers, from the University of Groningen.

He added that these findings may help to explain why social species that live in groups and cooperate to raise offspring, such as human, often have longer lifespans.

“What we don’t know yet is why some older individuals have helpers, which enable them to live longer, and some don’t despite the obvious benefits. Further research is needed to confirm the causality of the associations we have found,” said Hammers.

The Seychelles warbler now has a population of over 320 birds on Cousin, and they have since been introduced to Cousine, Aride, and Denis islands by Nature Seychelles and partnering universities. The total world population of the bird is around 2,500.