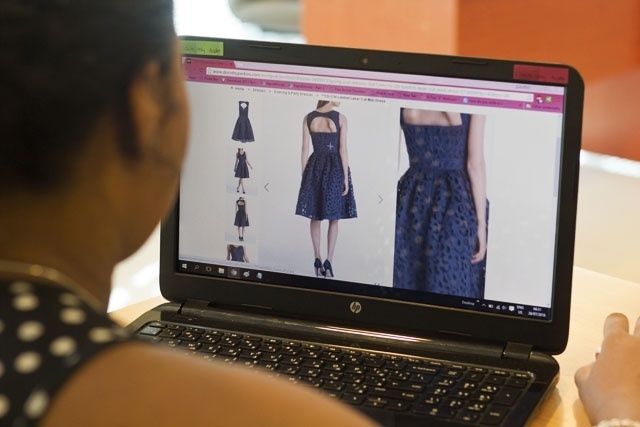 The ranking was determined by looking at the cheapest package that can be offered by the different internet service providers in each country. (Salifa Karapetyan, Seychelles News Agency)

(Seychelles News Agency) - Seychelles is ranked first in Africa for affordable internet packages for offices and household, a report published by the International Telecommunication Union (ITU) has found, though consumers in Seychelles still lodge many complaints against service providers.

The ranking was determined by looking at the cheapest package that can be offered by the different internet service providers in each country, according to the director general of the communication division at Seychelles' Department of Information and Communication Technology (DICT), Jeffery Dogley.

Dogley said that as the regulator, DICT is satisfied with the ranking, however, there is room for improvement. “Operators needs to continuously improve their service. And one way for that to happen is there needs to be more competition and introduction of more operators,” said Dogley.

Two telecommunication companies in Seychelles - Cable & Wireless and Airtel – offer packages for households and offices, which costs as low as $18 for 10GB and 20 GB for $38 respectively.

Speaking to SNA Norlis Hoareau, the chief executive of the National Consumer Forum NATCOF, a not for profit organisation, said that despite the good ranking, a lot of complaints are being lodged against the different internet service providers in Seychelles.

The 2018 edition of the Measuring the Information Society Report was launched during the 16th World Telecommunication/ICT Indicators Symposium (WTIS), in December in Geneva, Switzerland.

The report also outlined that Seychelles is among six countries in Africa alongside Botswana, Cabo Verde, Gabon, Mauritius and South Africa that have achieved fixed-broadband prices below the 5 percent threshold set by the Broadband Commission for 2015.

The 5 percent threshold "takes into account your national income per capita. If your national income per capita is 100 rupees (approximately $7), this means that Seychelles needs to have an internet package that cost 100 rupees (approximately $7) or less. If it is above, this means that you will not meet that target,” said Dogley.

“In fact, Seychelles is the country in Africa that provides the most affordable internet for fixed-broadband. For that we are talking about the internet that is provided to households and offices,” said Dogley.

The report also put Seychelles 2nd in Africa after Mauritius for the mobile broadband basket and mobile cellular basket.

“For the mobile broadband basket, ITU is telling countries that are being compelled to give a package whereby a customer can get 500 MB of internet at a price at which it can be purchased. This is analyzed with the Gross National Income Per Capita (GNI) of the country. Then it ranks the different countries to determine the affordability of the internet,” said Dogley.

“Whereas for the mobile cellular basket ITU looks at how much one can pay to subscribe for a SIM card, charges for sms and call per minute,” said Dogley.

The lowest package for mobile data cost around approximately $2 for 50 MB at Cable & Wireless, while at Airtel the price is approximately $30 for 5GB.

In a recent interview with SNA, the chief executive of the FTC, Francis Lebon, said in 2018, most consumer complaints were lodged against the construction and telecommunication companies.

The Commission is empowered to carry out investigations in relation to the conduct of business to determine if any enterprise is engaging in practices that in breach of the Consumer Protection Act of 2010.

Other internet service providers in Seychelles, a group of 115 islands in the western Indian Ocean, includes Intelvision and Kokonet.