Little Big Ben and a new cathedral: 5 historical events from past Aprils in Seychelles 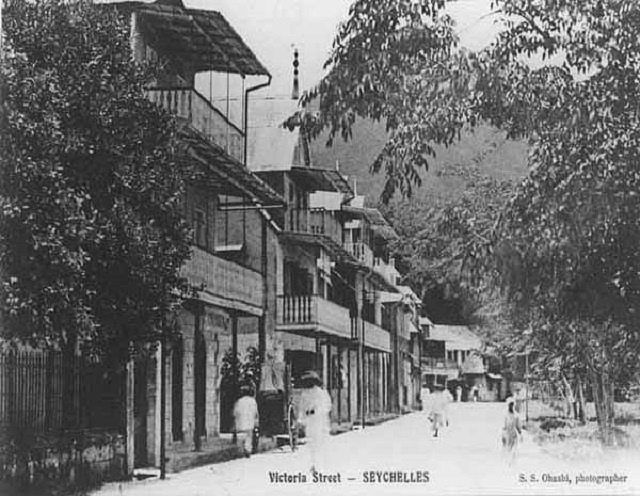 (Seychelles News Agency) - From the inauguration of the island nation’s own little Big Ben to the elevation of the Anglican Church to a cathedral, to the suspicious death of a Catholic priest -- all these happenings are events which happened in April.

SNA presents a Buzz highlighting some of these historical facts which occurred in Seychelles – a group of 115 islands in the western Indian Ocean.

The clock tower - situated right in the heart of the capital city of Victoria – is one of many national monuments in Seychelles. It was inaugurated on April 1, 1903, by Ernest Bickham Sweet-Escott, who was the governor.

At the time, Seychelles was still a British colony and after the passing of the late Queen Victoria in 1901, Sweet-Escott proposed that a building is erected as a memorial.

Out of $735 required to fund the construction of the memorial tower, a sum of $238 was raised by the public and the difference brought forward by the government.

Made out of cast iron, the clock tower was built by Messrs. Gillet & Johnson of Croydon, England, a firm highly reputed for making this design of clock tower.

The Anglican church of St. Paul, located in Victoria, was elevated to the status of a cathedral by Bishop Alan Francis Rogers of Mauritius. The Anglican diocese of Victoria was established on 3rd April 1973.

Inhabitants sought refuge in the church during the great avalanche of October 1862which devastated the town of Victoria. The convent was completely destroyed and 11 orphan girls and two nuns perished.  Six bodies - a mother and her three children, a father and his daughter, who were swept away in the churchyard during the disaster -- were buried there.

In 1904, King Prempeh of Ashanti, who was exiled to Seychelles, was baptized in this church, after he expressed his desire to belong to the same faith as King George V.

On this day in the history of the island nation, the Seychelles Islanders United Party (SIUP) was opened by Rifned Jumeau. Seychelles was still a British Colony when Rifned Jumeau together with Harry Payet launched the party in 1963.

Jumeau was determined to fight for workers’ rights in an era when the mass did not even enjoy the right to vote and when the British Governor was still nominating part of the Legislative Councils Members.

On April 5, 1925, Justin Gumy oversaw the putting up of the crucifix located a couple of meters away from the Catholic Cathedral of Immaculate Conception in Victoria.

Before the era of phones, it could be tricky to inform a friend or relative of your whereabouts on the day a meeting was scheduled. Locals found a way around this. When two friends - who lived on opposite sides of the island were supposed to meet, they would set the meeting point at the crucifix locally known as ‘Kot Kris’.

Nowadays the crucifix is used as the last station during the Way of the Cross procession to commemorate the crucifixion and death of Jesus Christ at Calvary on Good Friday.

Father Theophile Dumas, who arrived in Seychelles on September 10, 1923, from Switzerland, started his pastoral work in the Diocese of Victoria. During the Easter holidays in April 1925, Father Theophile left the Cascade parish where he was spending a few days and hiked across the Grand Bois hill for La Misere where he was expected to celebrate mass.

He never reached his destination. A few days later, his body was discovered by a search party in a precipice about 10 feet deep and surrounded by a mass of stones. Inhabitants suspected foul-play, and many were convinced that sorcerers whom they believed lived in the vicinity, were responsible. Since he arrived in the colony, his bold exhortations against witchcraft, superstitions and sorcery had incurred the animosity of those who supposedly practised the black art.