Good weather leads to spike in cinnamon production in Seychelles 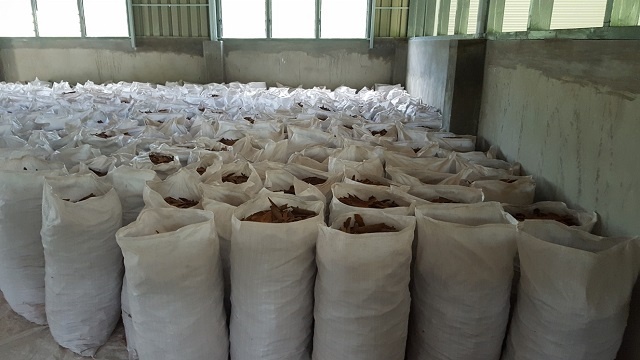 Cinnamon barks are one of products exporters focused on because they have the highest commercial value. (Mustafa Bristol)

(Seychelles News Agency) - Seychelles has recorded an increase in cinnamon production in 2018 and is expecting a prosperous production for exporters this year.

According to the figures from the National Bureau of Statistics (NBS) comparing the third quarter of 2017 to that of 2018, the production of cinnamon increased from 0.6 tonnes to 3.4 tonnes.

NBS attributes the increase to the fact that there are more people involved in cinnamon cropping in the forests although the exact figures are not being reported by the Bureau.

Another factor is the optimal weather conditions which also favours the production of natural products.

One of the oldest cinnamon producers and exporters in Seychelles is the Chaka Brothers company -- a Seychellois family business with over 50 years of existence.

The company has also been exporting copra, vanilla, and guano since 1965.

Gafoor Yakub, who is part of the family business, told SNA, “There has been a 25 percent increase in our production and export of cinnamon bark from 2017 to 2018 but the quantity produced and exported is a far cry from the 1500 tons that were once being exported annually in the 1960s and 70s.”

Chaka Brothers’ main markets for export are Europe, the USA and Canada.

Cinnamon -- one of the world’s most-used spices -- was once a pillar of the Seychelles’ economy since its introduction to the island nation in the western Indian Ocean by Pierre Poivre in 1772. At the time around 33 percent of the island nation’s workforce was employed on plantations.

However, with the opening of the airport, the plantation industry dwindled and today it is nearly nonexistent except for a few entrepreneurs who have not given up and is the only business exploiting cinnamon.

“Those who used to do the cropping of cinnamon are no longer prepared to do so and the newcomers often regard this job as inferior or too much hard work,” said Yakub.

Patrick Bonne, who used to trade extensively in cinnamon bark and oils, told SNA that while the cinnamon industry was not as it once was ten years ago, he still makes some revenue from cinnamon oil export to Germany.

“There is an organic beauty company which I supply oils to, and I used to trade in oils used for perfumes. On average, cinnamon bark oil can go for $250 a litre,” said Bonne.

He added that “the price is usually determined by the amount of cinnamon and the sweetness percentage.”

The current figures are still low compared to statistics back in 2015 with over 7 tonnes of cinnamon produced.

“My advice would be for the government to seriously promote local production with appropriate fiscal and non-fiscal incentives, especially where local producers can add value to local products,” Yakub told SNA.

He proposed that the relevant ministries “should develop a policy for the sustainable harvesting and production of cinnamon for the export market while protecting the ecosystems during the felling of the trees.”

In Seychelles, cinnamon producers and exporters have always focused on the cinnamon bark and cinnamon leaf because they have the highest commercial value, unlike the root.