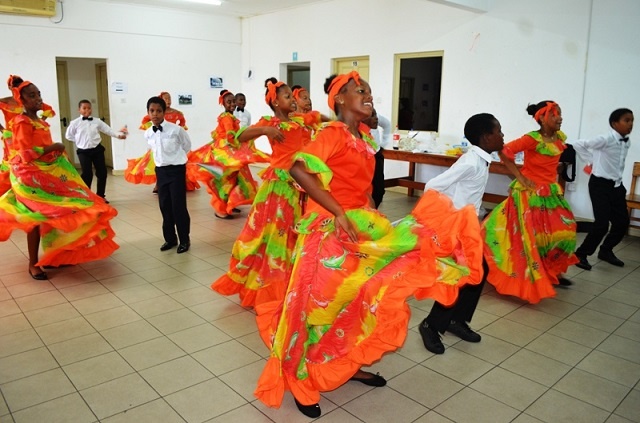 The children were chosen after a call for auditions for traditional Creole dances was made last year. (Seychelles Nation)

(Seychelles News Agency) - Sixteen Seychellois children will be taking part in the International Children’s Festival in Turkey. Held under the theme ‘Love, Friendship and Peace’, the annual event is taking place in Ankara, the capital city, and in the city of Samsun in the week leading to April 23.

The festival - organised by Turkish Radio and Television Corporation - is to bring children from all over the world together to showcase their traditions and culture.

The Seychellois children - who left the island nation last weekend – are aged between 10 and 12. Coming from Mahe and Praslin, the second- and third-most populated islands, the group will be performing a number of traditional Creole dances.

“This year our team coach has come up with a choreography that will depict our tradition and diversity as a nation,” said Erna Athanasius, who has been heading the organising committee for this event since 2012.

Athanasius added that: “These finalists have shown a remarkable interest and knowledge of our rich culture and traditional Creole dances. I am sure they will gallantly share this with the world’s children.”

The children were chosen after a call for auditions for traditional Creole dances was made last year; more than 50 children auditioned earlier this year. The best were then chosen to form part of the Seychellois delegation.

During their 13-day stay, the children will also take part in a live parade in Samsun - a city on the north coast of Turkey with a population over half a million people. They will also be engaging in a series of entertainment and educational activities.

The April 23 Children's Festival was dedicated to Turkish children by Mustafa Kemal Atatürk, founder of the Republic of Turkey, to mark the opening of the Turkish Grand National Assembly in 1920. Since 1979, the date is declared National Sovereignty Day and National Children’s Day in Turkey.

The festival intends to contribute to the creation of a world where children can live peacefully by developing sentiments of fraternity, love and friendship. Since 1979, over 100 countries have taken part in the activity.

Seychelles, a group of 115 islands in the western Indian Ocean, has been taking part in the international children’s festival events for seven years.