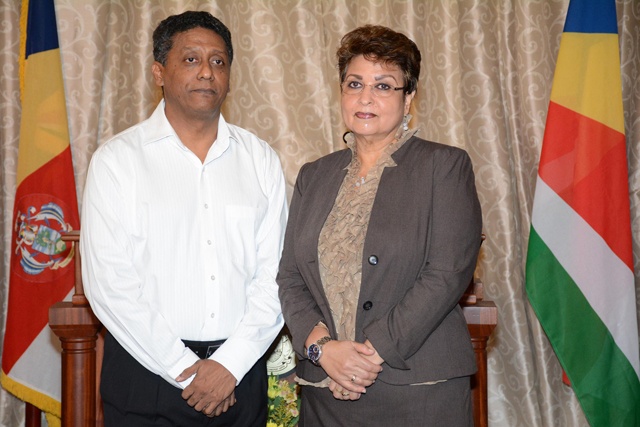 Designated Minister Mondon (right) will discharge any function that the President or the Vice-President is required under the Constitution, during their absences. (Joena Meme)

(Seychelles News Agency) - The President of Seychelles, Danny Faure, will proceed on overseas leave to the United Arab Emirates on Friday, State House said on Thursday.

Faure will return on Monday, April 22.

The head of state holds the portfolios for Legal Affairs and Public Administration.

The Vice-President is responsible for the departments of Foreign Affairs, Information Communication Technology, Information, the Blue Economy and Industry and Entrepreneurship Development.

Mondon will also discharge any function that the President or the Vice-President is required under the Constitution, during their absences from the Republic.

This in accordance with Article 56 and Article 75 (4) of the Constitution of Seychelles, an archipelago in the western Indian Ocean.

General » Be a reporter: Write and send your article » Subscribe for news alert
Tags: Constitution of Seychelles