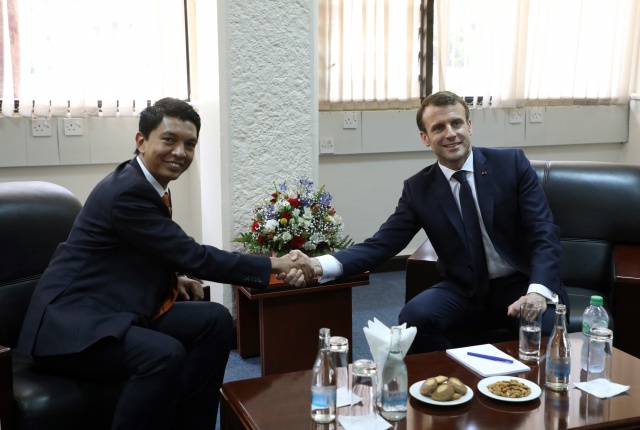 (AFP) - Madagascar's President Andry Rajoelina has called a May 27 referendum on changing the constitution, to do away with the country's Senate and give more powers to the regions.

Rajoelina made both issues part of his campaign platform in the run-up to his election in December.

A statement issued over the weekend announced the referendum to change the constitution, which he himself introduced in 2010 during his first term as president.

The date set is the same on which the country will vote in legislative elections, in what the official statement said was designed to cut the "exorbitant costs" of holding them separately.

Rajoelina first ruled from 2009 until 2014 after he was installed by the army when then president Ravalomanana was ousted following violent protests.

In his inaugural address Rajoelina pledged to fight corruption in the Indian Ocean island nation, which is a former French colony.