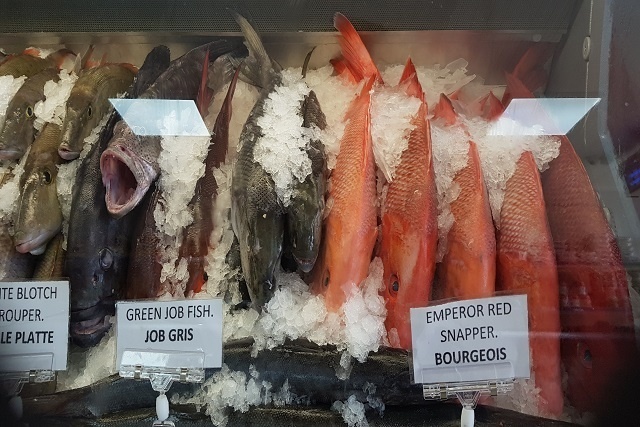 Figures released in September 2018 showed that the exports of fresh and frozen fish from January to June rose to 5025 tonnes. (Salifa Karapetyan, Seychelles News Agency)

(Seychelles News Agency) - Seychelles will continue discussions and negotiations before signing on to the African Continental Free Trade Area (AfCFTA), a deal that could open the door to more trade to and from the island nation, said a top official.

The island nation in the western Indian Ocean has signed the agreement but has yet to ratify it.

The African Continental Free Trade Area agreement brokered by the African Union in March last year requires members to remove tariffs from 90 percent of goods, allowing free access to commodities, goods, and services across the continent.

The agreement, which needed to be ratified by 22 out of the 55 member states, can now become operational. The Gambia’s parliament was the 22nd nation to ratify the agreement on April 2.

“For Seychelles, we have signed the agreement, but we have not ratified it yet. This is because we feel that there are still negotiations and discussion to be done before we proceed,” Ashik Hassan, the director of trade at the ministry of finance, Ashik Hassan, told SNA on Wednesday.

“For example, there are measures concerning rules of origin. Basically, it is one of the conditions that you need to meet to get the preferential rate of tariff. It makes sure that the product you are exporting into the African market originates from Seychelles,” said Hassan.

Since the island nation’s exports are very limited, Hassan pointed out that it is important that the rule that is agreed on does not restrict Seychelles in any way.

Seychelles exports tuna, he noted. "But then again how do we prove that it really originates from Seychelles when exporting,” he added.

Hassan said that on the other hand “as a country we are opening our doors to enable our producers to eventually trade more with other markets in the African continent at a now lower tariff. We have a high Gross Domestic Product (GDP) and we have a lot of potential in the African market.”

The major export originating from Seychelles is in the fisheries industry – the second top contributor to the island nation’s economy.

According to the figures of the Seychelles’ National Bureau of Statistics released in September last year, the exports of fresh and frozen fish from January to June last year rose to 5,025 tonnes -- an increase of 116 percent compared to the 2,451 tonnes of the same period in 2017.

If Seychelles does not ratify the agreement, Hassan said that “this is simply because as a country we need to preserve the national interest. As an island state, our economies of scale is not the same compared to those landlocked countries in the African continent. We cannot ratify something that will put us at a disadvantage.”

The trade agreement is set to become operational within a month after the required number of endorsements are deposited with the African Union chairperson’s office. Once operational it will cover a market of 1.2 billion people and a combined gross domestic product of $2.5 trillion -- making it the world’s largest free trade area since the formation of the World Trade Organisation seven decades ago.

Cabbage, cauliflower and tomatoes among new trade products coming in from Kenya