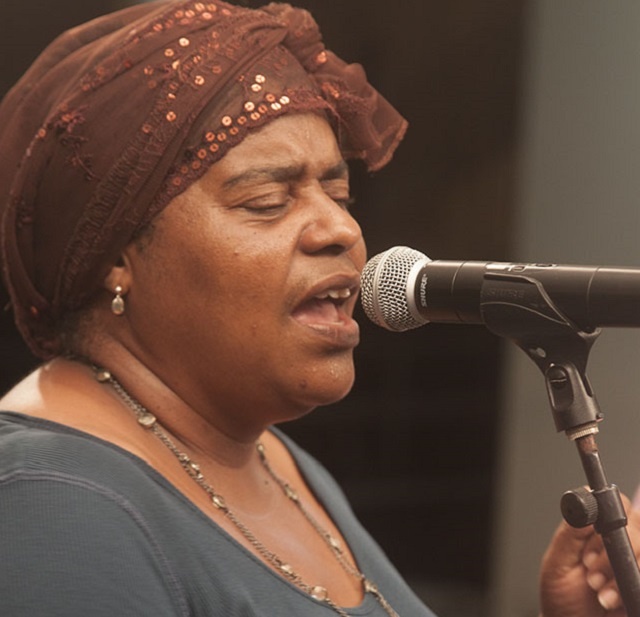 File photo: Local singer and songwriter, Jany De Letourdie, said that everything done for the advancement of art is good. (Joe Laurence)

(Seychelles News Agency) - All licensed entertainment establishments in Seychelles using copyrighted musical work of local artists will now have to settle royalty payments before the renewal of their licences, said a top official.

The new system came into force on Friday after the signing of an agreement between the Seychelles Authors and Composers Society (SACS) and the Seychelles Licensing Authority (SLA).

“Before we consider any renewal of licence for the entertainment establishments the applicant needs to go to SACS to get a letter to show that they are adhering to paying their royalties,” said the SLA’s chief executive, Andre Pool.

Pool said that if an establishment does not adhere to the new rules its licence will not be renewed until royalties are settled.

Royalties are payments to owners of a property for use of that property. It usually deals with payments for the right to use intellectual property, like copyrights, patents, and trademarks. In music, royalties are paid to owners of copyrighted music for its use and these are called performance royalties.

The aim of the agreement is to facilitate the collection of royalties by SACS, which is the appointed licensing body for copyrighted musical works under the Copyright Act 2014.

David Andre, the chairperson of SACS, said that all authors and compositors have the right to patent their work and be compensated for their ideas if these are being used by others.

“It is for that reason that we have been lobbying with SLA to get an agreement to protect the ideas of artists and to help them get what they deserve for their ideas,” said Andre.

He said this works by entertainment establishments keeping a log of the music they are playing. SACS then collects the money to distribute to the respective artists.

Other measures will follow the signing of the agreement to ensure effective legal and administrative procedures in relation to the terms set out under the agreement.

A local singer and songwriter, Jany De Letourdie, said that everything done for the advancement of art is good.

“The question remains whether they will pay. For the time being, I am getting some money for my songs played on the radio. The fact remains that there are other people who are playing our songs and not paying,” she said.

The singer added that “we tend to only look at DJ’s who play our songs in discotheques or certain bazaars, but there are also people singing our songs in activities or parties like weddings who are getting paid and we don’t get anything out of it.”

De Letourdie added that artists need to be compensated well for their job so that they are encouraged to work on new things.

The signing of this Memorandum of Understanding between SACS and SLA is also in commemoration with the World Intellectual Property Day, which is celebrated on April 26 every year.