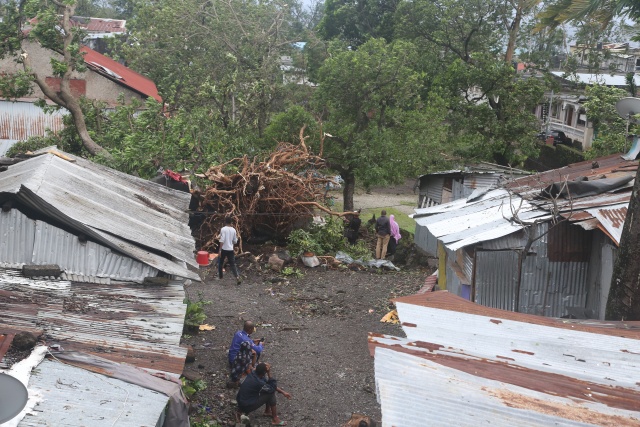 (AFP) - The back-to-back cyclones that have ravaged Mozambique are unprecedented in recorded history, the UN said Friday, as it planned to examine the country's defences against extreme weather in the light of climate change.

Cyclone Kenneth, which smashed into northern Mozambique late Thursday, hit "an area where no tropical cyclone has been observed since the satellite era," the World Meteorological Organization (WMO) said in a statement.

Kenneth struck barely a month after Cyclone Idai cut a path of destruction through central Mozambique, Malawi and Zimbabwe, leaving more than 1,000 dead.

"There is no record of two storms of such intensity striking Mozambique in the same season," the WMO said, labelling Kenneth an "unprecedented tropical cyclone."

The UN weather agency added that a fact-finding mission currently in Mozambique will in part look at the "impact of climate change and sea-level rise on Mozambique's resilience" to extreme weather.

Higher or more powerful waves are driven towards the shore, potentially posing a greater risk for coastal-dwelling populations.

According to WMO, the current cyclone season in the southwest Indian Ocean "has been exceptionally intense," including 15 storms and nine "intense cyclones."