Seychelles is encouraging the construction of adequate housing for foreign workers 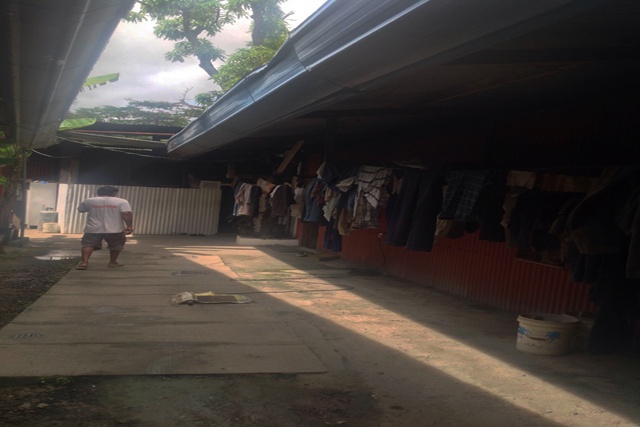 (Seychelles News Agency) - According to figures on foreign labour released by the Seychelles Ministry of labour and Human Resources development in May this year, there are 13,413 expatriates who work mainly in the Indian Ocean archipelago’s construction and tourism industries, compared to the 41,670 Seychellois in the nation’s labour force.

Indian workers top the list with a population of more than 8,000 way ahead of Malagasy workers totalling some 1024, according to a recently released report on Migration in Seychelles by the International Organization for Migration (IOM).

The vast majority of these workers live in different accommodations across the three main populated islands of the Seychelles, Mahé, Praslin and La Digue.

Some of these foreign workers are housed in buildings with the bare minimum of comfort.

It’s in a bid to ensure that these foreign workers have better living conditions that the Seychelles government plans to reclaim an area on which to build homes with all the necessary facilities for foreign workers including entertainment facilities.

"The Seychelles does not have enough flat land, and to meet the demand, it is necessary to reclaim land from the sea, we have had two meetings with several Seychellois owned companies, there are many who have shown interest and one company has come forward and submitted its details, but we await others to also come forward," Patrick Lablache, the Special Advisor to the Minister for Land Use and Housing told SNA.

"These companies will have to make some contributions and the money will be deposited into a fund, the Seychelles government will also have to make some financial contribution towards the project in order to help out small businesses to allow them to be involved in this project, they will be offered a 99-year lease, " said Lablache.

Lablache noted that a dredger will be brought in for the realization of this project, once the different parties have come to an agreement.

In the meantime, the government is considering a much smaller project, proposed by Eden Island Development Company to reclaim an area to build housing facilities for its workers.

Eden Island Development Company is owned by group of shareholders, held through offshore structures representing the interests of South African and Austrian investors that owns an integrated resort development on land reclaimed from the sea, about 2 km south of the island’s capital of Victoria.

"Last year Eden Island Company applied to be given permission to reclaim an area at Providence to house foreign workers of Vijay construction company currently housed at Eden Island as the Eden Island development project is in its final phase and therefore they need the space, “said Lablache.

The project makes provision for the creation of 30,000 square meters of land that can be used to build housing facilities for workers as well as their workshops, and the government would also stand to benefit with an area of 10, 000 square meters, added Lablache.

"This area at Providence was already earmarked as a development zone like other areas which are identified for future development,” he said.

The project was submitted to the residents of Cascade, a district located on the eastern coast of the main Seychelles island of Mahé, for them to give their views on the impact that such a project could have on the environment (EIA).

According to an article in daily newspaper, Seychelles Nation, published on Thursday and a report aired on the national television SBC yesterday evening, the Cascade residents raised several issues of concern during a public meeting on Tuesday where they were presented with the project’s Environment Impact Assessment.

The residents said that they were already being affected by a nearby reclaimed area where the main landfill is located and fear the new development could lead to sewage problems which could in turn affect water distributed by the Public utilities Corporation as one of PUC’s water desalination plant is located nearby.

The Chairman of the Seychelles Chamber of Commerce and Industries (SCCI) Marco Francis who also attended the meeting had some question on whether the project has been submitted to the Seychelles Investment Board and whether there had been a tender process to allow other investors to bid.

According to Seychelles Nation the residents present proposed the setting up of a committee comprising of representatives of the district, the Ministries of Land Use and Housing, Environment, Health and the planning authority as well as another meeting after there has been more consultations.

The estimated cost of the project is around $ 4.8 million excluding the coral fill.