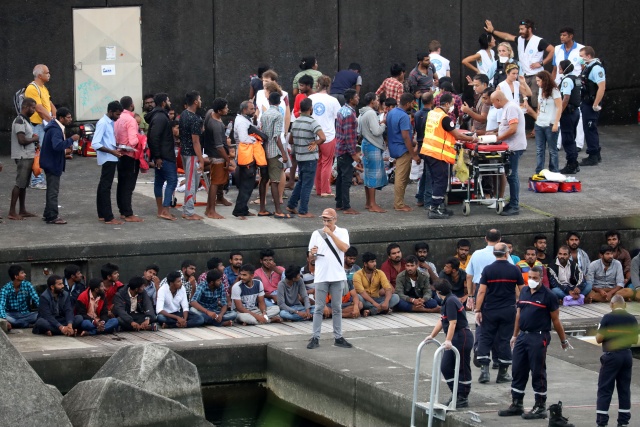 Migrants are gathered after being disembarked from a boat, on April 13, 2019 in Sainte-Rose, on the French Indian ocean island of La Reunion, after the boat, carrying some 120 migrants, allegedly from Sri Lanka, was intercepted by French authorities. (Richard BOUHET / AFP)

(AFP) - Half of a group of 120 Sri Lankan migrants who arrived on the French Indian Ocean island of Reunion two weeks ago were deported early on Monday, officials said.

The group of 60, including three women and three children, were flown back to Sri Lanka in a special flight, the island's prefecture said in a statement.

The fishing boat's three Indonesian crew members have been charged with assisting illegal immigration. Remanded in custody, they are scheduled to appear in court on May 15.

They are waiting for OFPRA (the French Office for the Protection of Refugees and Stateless Persons) to rule on their asylum applications.

All the others have been sent back to Sri Lanka.