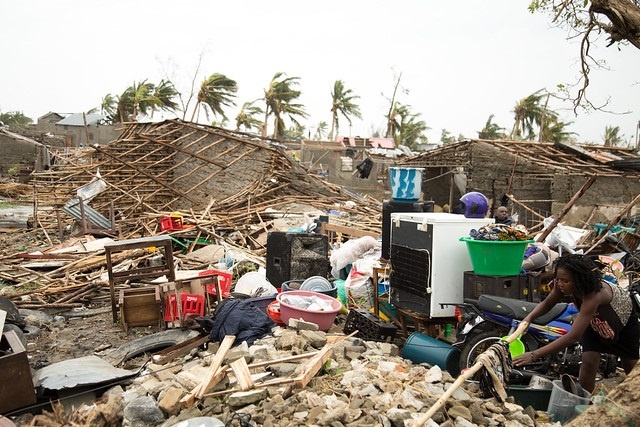 CARITAS – a group affiliated to the Roman Catholic diocese and the Red Cross Society of Seychelles -- said that the donations will show the people of the two countries that the island nation stands in solidarity with them during this difficult and traumatic time.

“It was the parishioners themselves who expressed their wish to have special collections firstly for Mozambique and secondly for the people of Sri Lanka following the terrorist attacks on Catholic churches on Easter Sunday,” explained Bishop Denis Wiehe -- chair of the board for Caritas Seychelles.

All Catholic churches will have special collections during their Saturday and Sunday masses. The funds collected will be divided equally between the two countries.

Only cash donations will be considered for now because of logistical challenges to send clothes and other provisions to Mozambique.

Mozambique was hit by two deadly cyclones only weeks apart, leaving over 500,000 people without homes. Flooding is hindering relief efforts for the thousands of people in the worst affected areas and in dire need of aid.

A series of coordinated bombings on Easter Sunday, April 21, rocked Sri Lanka, killing more than 250 people and wounding hundreds of others. The attacks targeted three churches as well as four hotels in the capital city of Colombo.

According to Wiehe “funds raised for the people of Sri Lanka will be given directly to Caritas Sri Lanka, and we want these to go to people in need, who have lost loved ones and also the poorest of the affected parishes.”

The local Red Cross Society has opened a special bank account solely for the purpose of receiving funds for Mozambique. “The account is open since last month and people can transfer funds directly,” said the Secretary-General of the Red Cross Society, Colette Servina.

Servina has welcomed initiatives from some organisations who have already expressed their interest in organizing activities to raise funds for the cause.

“Currently there are two accounts which people can use to deposit the money. One is our Red Cross account and the other is a special dedicated one for the IDAI Mozambique flood. Both are held with Barclays Bank” explained Servina.

Volunteers of the organization which commemorates its day on May 8, will also be in Victoria – the capital city of Seychelles – 115 islands in the western Indian Ocean, during the coming weekend for people who wish to donate.

General » Be a reporter: Write and send your article » Subscribe for news alert
Tags: Red Cross Society of Seychelles, caritas