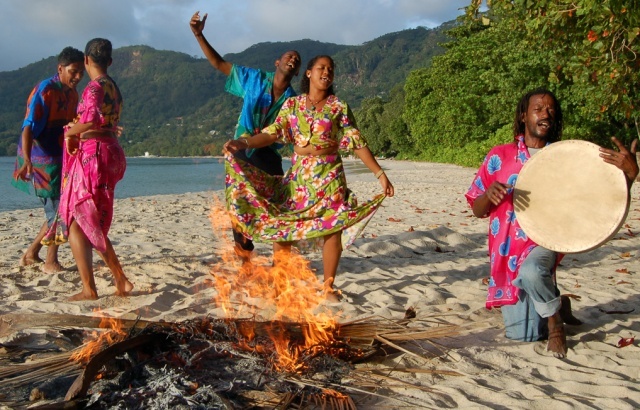 Lau Tee said the movement wants to promote, preserve and foster the Creole culture, values and identity without prejudice to other cultures. (Gerard Larose, Seychelles Tourism Board)

The movement, as it is referred to, said that overall it seeks to promote the welfare and socio-economic wellbeing of the Seychellois Creoles by uplifting them in all spheres of life.

Cyril Lau Tee, the chair of the group, explained that ‘Mouvman Kreol Seselwa’ – which is a movement and not a political party - was registered in March this year.

“We also want to promote, preserve and foster the Creole culture, values and identity without prejudice to other cultures,” said Lau Tee.

According to Lau Tee the Creoles - as the natives of the islands are referred to - are disadvantaged in some areas, particularly in the economic sector.

“Look at retailers for example. Where are the Seychellois? We find Indians and Chinese controlling the sector. We also see very few Seychellois working in their shops."

Lau Tee added that hardware stores are another example. "In days gone by these were run by Seychellois but nowadays it’s all Chinese.”

Lau Tee said that foreigners in Seychelles need to integrate more with the locals as one of the aims of the movement is to promote harmony among all ethnic communities.

The chair reiterated that the movement is not against expatriate workers but “wants fair and equal opportunities for Creoles to participate in the business and economic sectors.”

Another issue which the movement said is high on their agenda is Seychellois citizenship.

“We are not racist. But we feel it is too easy to gain Seychelles citizenship. Our passport is ranked amongst the top in the world and we feel that this is being given freely," elaborated Gilbert Victor –executive member of the movement.

Victor said: "We are not against foreigners living and working here but we feel they should not be given our passport.”

To substantiate this, Mouvman Kreol Seselwa has sent a request to the Immigration department to know exactly how many people were given citizenship of Seychelles – 115 islands in the western Indian Ocean – from 2015 to date.

Victor added that "the movement wants to “stop the process of naturalisation through peaceful means.”

The movement wants to lobby and sensitise the public on the plight of the Seychellois Creoles. Mobilising and organising the creoles into a coherent organisation able to influence national decisions is another aim of the group.

Mouvman Kreol Seselwa feels that these are ways to ensure Seychellois – who are born and bred on the island nation - are put and remain at the forefront of the country.

According to Lau Tee and Victor, the first activity of the movement is a public meeting and all Seychellois sharing their vision are invited to join the group.

“This group is a forum for discussions and recommendations of persons who share the conviction that Seychelles must remain a society based on Creole values," said Lau Tee.

The chair concluded by saying that the Creoles must exercise their right to self-determination.”