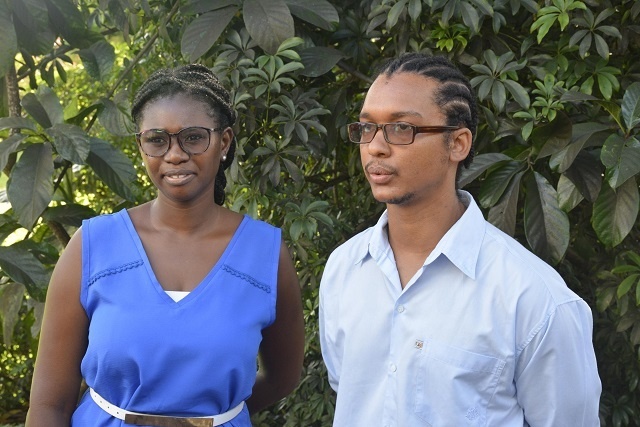 The couple, who are from the Pentecostal Assembly of Seychelles, spent time in different communities all over South Africa (State House)

As part of their mission, Achille and Annielle Confiance had to conduct outreach programmes in different communities. The couple, who are from the Pentecostal Assembly of Seychelles, had to also train others who can help the less fortunate.

“We had to go into communities especially in those with the most in need. It was like a door to door exercise. Sometimes we had to stay with a family for weeks. We prayed with them and we helped them the way we could,” said Achille.

“One great experience was in Lesotho. The place is a bit like Seychelles long ago. We had to cook food using traditional ways such as getting wood for the fire and cutting down the chicken neck to use as utensils. We also had to use pit latrines. For us Seychellois, it was not a problem, but it was nice to see how the young Europeans were adapting to the situation,” said Achille.

The couple also faced adversities that may have had cost them their lives.

“There was a critical moment in Lesotho where we were faced with danger. I think it was a misunderstanding. We were in the street working and Annielle was taking pictures. A guy from her back raised a sharp tool to hit her, but luckily someone from our group saw the man and was able to remove Annielle out of harm’s way on time,” recounted Achille.

The couple spent time in different communities all over including in Limpopo - a northern province of South Africa. Achille said that he got involved in many physical activities such as digging trenches for sewerage to help the community.

“Being a missionary you must take into account that you will be received in different ways by others,” said Annielle, who added that most of the time the people in South Africa were very welcoming.

“I remember in Lesotho when we first arrived there, they were facing drought. A day after, it started to rain and they said that we had brought a blessing. They asked us to come and pray with and for them,” said Annielle.

Annielle said being a missionary is not easy. “You have to satisfy yourself every day with what you are provided with by other people through the will of God. We had even experienced moments where we had to return some commodities on the shelves while shopping. Despite the hardship, we had some interesting moments as well,” said Annielle.

The Operational Mobilisation (OM) is an international Christian mission and has been working in South Africa since 1986. To date, there are approximately 6,000 volunteers with the organisation.

General » Be a reporter: Write and send your article » Subscribe for news alert
Tags: Pentecostal Assembly of Seychelles, Operational Mobilisation