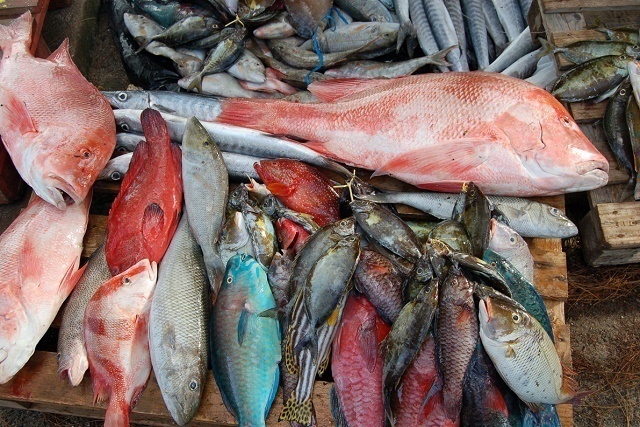 Five types of marine species, including the red snapper, are expected to be farmed in Seychelles for the first time with the issuing of licences. (Gerard Larose, Seychelles Tourism Board)

Five types of marine species are expected to be farmed in Seychelles for the first time with the issuing of licences as of August this year.

According to a top official from the Seychelles Fisheries Authority (SFA), this process will officially launch aquaculture as an industry on the island nation.

The principal aquaculture officer at SFA told SNA recently that all is in order now that the cabinet of Ministers has approved the aquaculture regulations.

“The next step is to send same to the Attorney General for verifications to ensure that all is in order and that these regulations are not in conflict with other regulations,” explained Aubrey Lesperance.

At the beginning of this new project, only Seychellois investors will be considered for the licenses. “We will issue a license for each species. And these will be for finfish such as red snapper and grouper, two subspecies of trevally as well as sea urchins," said Lesperance.

According to Lesperance, the regulations were crucial for aquaculture, as this will be done on a commercial basis.

“Now, we are in a better position to participate in different markets locally and internationally to actively advertise for investments whilst before we could only do education and promote the project,” said Lesperance.

By August, SFA will also commission its broodstock, acclimation and quarantine facility at Providence – an industrial zone on the east of the main island of Mahe.

The facility which has been designed in alignment with international best-practice standards is located close to the Seychelles Fisheries Authority building.

It is to ensure that mature breeding stock otherwise known as broodstock are well cared for, can adjust to captive conditions, spawn and produce good numbers of high-quality eggs, have fewer disease problems and greater longevity.

According to SFA, each license will stipulate the distance offshore where the type of activity will happen as well as how much fish can be produced at that particular farm.

“Gradually as the sector develops, next year we will explore farming of other species such as the mud crab, ornamental fishes for the aquarium as well as experimenting with growing of corals as some NGOs (non-governmental organisations) are already involved in coral replanting,” said Lesperance.

SFA said that once categories opened for Seychellois only, are fully operational, then aquaculture will be opened to foreign investors.