6 shops in Seychelles that have remained open for decades 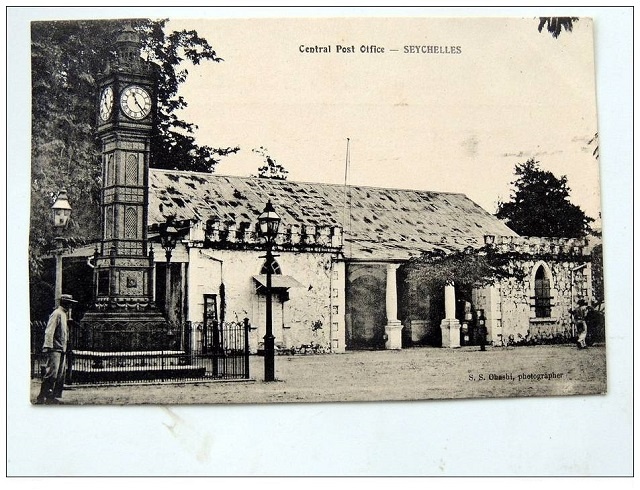 (Seychelles News Agency) - Victoria, the capital of Seychelles, represents at once both stability and progress. From its roots as a small village with a handful of people, it has become the bustling heart of the 115-island nation in the western Indian Ocean, buzzing with businesses.

SNA presents six businesses and services that through all of the city's developments have remained in the same location and still offer their services – some of which opened more than 100 years ago.

Right by the side of the city's famous clock tower, the post office has stood at the same location and offered its service to the growing population since it opened in 1861. The earliest known letter using this service on record was dated April 1865.

Apart from renovations, the post office has remained in the same building but now sports new features in the form of bronze statues of the endemic coco de mer as well as a giant land tortoise.

The Victoria market, officially known as Sir Selwyn Selwyn Clarke market, is the main market of the island nation. Built in 1840, the market was renovated in 1999. The market is the place to buy a variety of fresh fruits, vegetables and fish among items including spices as well as arts and crafts. The place is a meeting point for locals and an attraction for visitors as it gives a feel for the Seychellois way of life.

The business - Temooljee and Company - ran by the Oliaji family was opened in 1901 and has remained in the same location ever since. Back then, Teemooljee as a grocery store specialised in canned food products. Before the opening of Barclays Bank in August 1959, Temooljee was also used as a bank. The once supermarket was redeveloped and nowadays is known as the Oliaji Trade Center, where the supermarket is still operating on the ground floor and has offices and businesses on the two upper levels.

Jivan Imports was founded by well-loved Kantilal Jivan Shah. Shah, who passed away in 2011, was from India and a true Seychellois at heart. Being a businessman did not stop him from taking a strong interest in the Seychellois society. Located in a two-level colourful colonial shop bought by Shah in 1925, the shop trades in cloth and local souvenirs. The shop is located on the ground floor whilst Shah lived on the top floor.

Joseph Kim Koon arrived in Seychelles from China in 1921 at age 13. Kim Koon and his family established themselves in Seychelles as general merchants, then moved into bakery and soap production. Today, they are mostly known by residents as motor vehicle sellers and for their electronic shops which brought in the first National radios to the islands. The family has owned an old colonial style shop in Market Street opposite the market since 1956.

The shop, one specializing in sportswear and sporting equipment, was opened in the early 1970s. Owned by the Leong family of Chinese origin, the shop was amongst the first sports shop on the island nation.