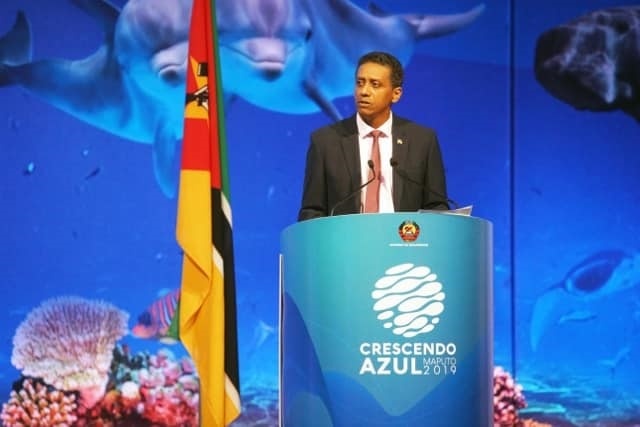 President Faure made a keynote address at the opening of the Blue Economy conference in Mozambique. (State House/Facebook)

(Seychelles News Agency) - A healthy ocean is important for more than just economic growth; it is crucial for the survival of humanity, the Seychelles’ president said at the official opening of the Blue Economy conference in Mozambique, State House said on Thursday.

As a champion for the Blue Economy in Africa, President Danny Faure is a guest of honour at the conference, which is being held under the theme ‘Growing Blue: Sustainable and Shared Exploitation of the Ocean.’

In his keynote address, Faure highlighted the importance of a collective and sustainable approach towards ocean conservation for the future of the planet.

“Our ocean is our most precious resource. We recognise not just its vast potential, but also the fragility of its ecosystems and the need to preserve it for future generations. In actuality the ocean is not just Seychelles’ biggest asset, it is the biggest asset for all citizens of the world, be they inhabitants of islands, coastal states and even land-locked countries,” he said.

The head of state of Seychelles, an archipelago in the western Indian Ocean, highlighted the reason why the ocean is crucial for the survival of humanity.

Faure quoted a 2015 report of the World Wildlife Fund which stated that the economic value generated by the oceans is worth at least 24 trillion dollars.

The two-day conference was officially opened on Thursday by Mozambican President Filipe.

According to the Club of Mozambique online news service, the Mozambican President said, “In organising this international conference that we call ‘Growing Blue’, we are doing so not just as a platform for dialogue, through which we are joining the global movement, but also to express the desire, together with our neighbours in the western Indian Ocean region, to contribute to an ever better future for our planet.”

Elephants in Tanzania reserve could be wiped out by 2022