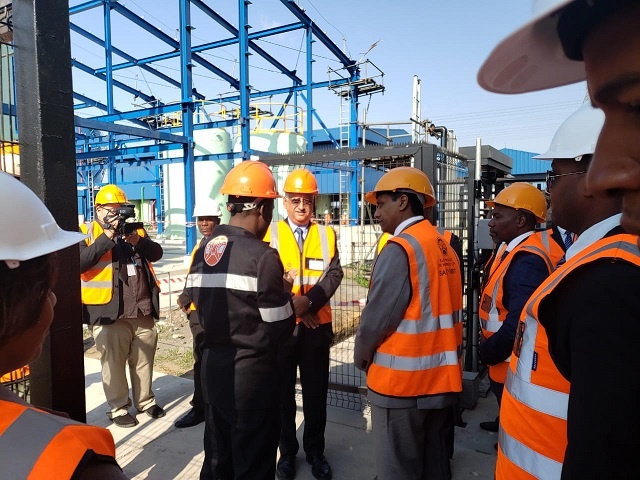 (Seychelles News Agency) - Seychelles is expected to have its first Liquefied Natural Gas (LNG) power station by 2023 following discussions with the government of Mozambique earlier this week, said the finance minister of the island nation.

Finding a source of energy to replace Seychelles' reliance on heavy fuel to generate electricity was one of the main reasons for the state visit to Mozambique, the Minister for Finance, Trade, Investment and Economic Planning, Maurice Loustau-Lalanne, said at a press conference at Polana Serena Hotel in Maputo.

Mozambique, which recently discovered LNG sources, has the third-largest gas reserves in the world after Qatar and Russia.

“Mozambique has not only discovered the natural reserves but the reserves are located in the northern part of the country, closer to Seychelles, making it more accessible as it would reduce transportation costs to Seychelles. We feel that we can now start the transition to switch to LNG,” said Loustau Lalanne.

The Finance Minister said that Seychelles will now carry out a feasibility study to see how to proceed with the project.

In his State of the Nation address last year, President Faure announced the government’s plan to invest in new generators that produce electricity with LNG. This he said was more efficient, more cost-effective in the long-term, and will reduce the cost of electricity production.

For Seychelles, which prides itself on environment protection, the project would align with the country’s sustainable vision.

Mozambique is expected to start exporting its natural gas in 2022.

Loustau Lalanne said the visit has allowed the island nation to start negotiations and to express its interest as a potential buyer.

“We do not have enough money to build a similar power station as we’ve seen in Mozambique. At the same time, we cannot build a new one and then do the switch. Seychelles needs to implement this transition step by step and this is what we are negotiating with Mozambique. We want to be on that list for when they are ready to export the natural gas and the earlier we start the negotiation the better,” he said.

Meanwhile, Seychelles plans to sign an agreement with the World Bank’s International Finance Corporation to carry out the feasibility study and oversee the transition from heavy fuel to natural gas.

“We are looking at different options and new technologies. One such option we can explore is to have the generators on a ship and then connect to the mainland. Switching to LNG is the only way forward and we have to look at the best possible option to do just that in the interest of the country,” said Loustau Lalanne.

Seychelles, a group of 115 islands in the western Indian Ocean, relies heavily on imported fossil fuel for power generation and transportation. Currently, only 2.5 percent of the island nation's electrical energy is from renewable sources.

The LNG power plant is part of the six major infrastructure projects currently being developed in the country and it will be implemented by the Public Utilities Corporation, PUC.

The cost of the project is estimated at $216 million.