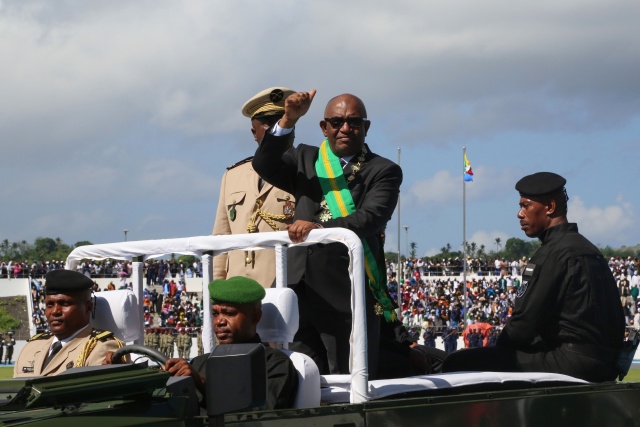 Azali was credited with nearly 60 percent of the vote in the March polls, an outcome rejected as fraudulent by the opposition along with many observers.

His 12 opposition challengers stayed away from the swearing-in ceremony, accusing the president of undermining democracy in the poor former French colony.

Speaking to a crowd of around 10,000 people in a stadium in the capital Moroni, Azali said he wanted to relaunch dialogue and pledged to announce "appeasement measures" next week.

These might include according an "official status" for the opposition leader and "involving the opposition in making decisions on major national questions," he said, without elaborating.

But he warned against any further unrest in the Indian Ocean archipelago, saying it must devote itself to economic development.

Azali seized power in a coup in 1999, and was re-elected in a 2016 vote marred by violence and allegations of irregularities.

He has put oil revenue at the centre of his development plans, vowing to make the Comoros an "emerging economy" by 2030.