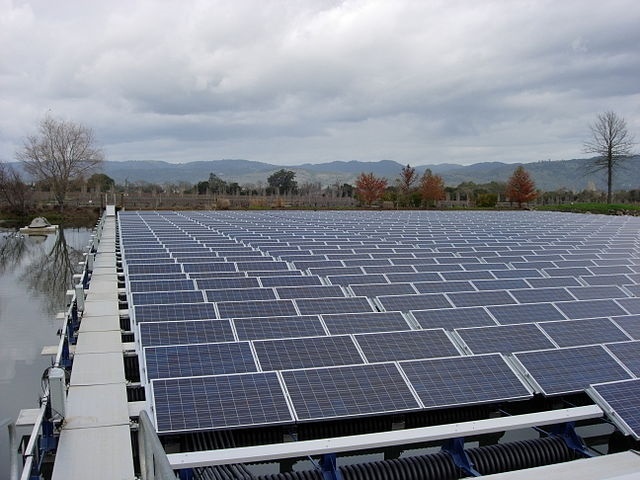 The system will be located on the lagoon at Le Rocher, in the central district of Les Mamelles. (SolarWriter, Wikipedia) Photo License: CC BY-SA 3.0

(Seychelles News Agency) - Seychelles has launched a call for proposals for the installation of Africa’s first utility-scale Floating Solar Photovoltaic (PV) system, an official of the energy commission said.

The call was released last week to eight bidders that were selected in the first phase of the project.

Proposals will be evaluated against a set of technical and financial criteria and the best-evaluated bidder will be chosen to finance, design, build, own and operate the floating grid-connected solar PV plant.

Seychelles, a group of 115 islands in the western Indian Ocean, announced its plan install to the utility-scale Floating Solar Photovoltaic (PV) system in April last year. The system will be located on the lagoon at Le Rocher, in the central district of Les Mamelles on the main island of Mahe.

The chief executive of the Seychelles Energy Commission, Tony Imaduwa, said that “the final bidder is expected to be chosen by November and once that is done construction is expected to start and be completed by 2020.”

Once up and running, the electricity generated from the plant will be sold to the Seychelles Utility Corporation (PUC) at a fixed tariff under a Power Purchase Agreement (PPA) with a 25-year duration.

At the launching of the project last year, Imaduwa had told SNA that the project will inject clean and green energy into the Seychelles’ electricity system.

“It will be expected to contribute around 5.8 GWh annually. This new initiative will also contribute to a reduction in fossil fuel importation which translates to savings in foreign exchange for the country,” said Imaduwa.

The energy from the new project is expected to equate to 1.6 percent of the Seychelles' energy target set for 2030.

The project is being implemented by the Seychelles Energy Commission with the support of the African Legal Support Facility and the Clinton Foundation, with Trinity International LLP and the Multiconsult Norge AS serving as the transaction and tender advisors.

Imaduwa said that if this project works well, the opportunity to replicate it is huge, leaving land that might be used for solar panel installation for other purposes.