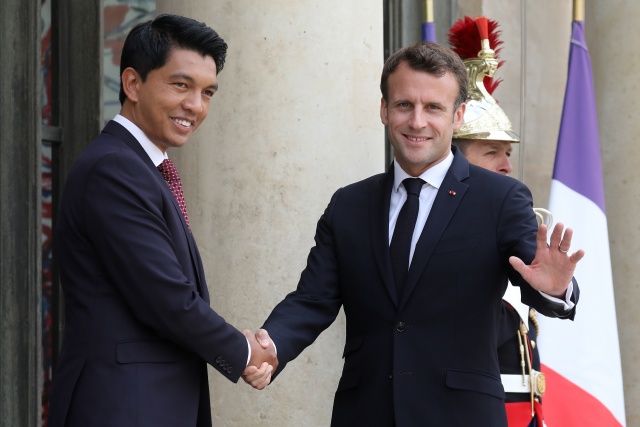 (AFP) - France and Madagascar will resume discussions over the Scattered Islands, administered by the former colonial master but claimed by the poor Indian Ocean country since 1973.

The two countries' presidents Andry Rajoelina and Emmanuel Macron have said they will not resort to a legal process or international mediation but instead set up a joint commission to resolve the dispute by June 2020.

That date corresponds with the 60th anniversary of Madagascar's independence from France, the French president's office noted in remarks to AFP.

"I solemnly and officially request (that Macron) find a solution for the management or restitution of the Scattered Islands to Madagascar," Rajoelina told a joint news conference with his French counterpart in Paris.

"For the Madagascan people the ownership of the Scattered Islands is a matter of national identity," he said.

"We will launch joint work towards the goal of mutual development of the current economic area," Macron replied.

In the same region, Britain last week was urged to return the Chagos island group to its former colony Mauritius. London acquired the archipelago in 1965, evicting the residents to make way for a massive military base now used by the US.

A French military presence has persisted on the five Scattered islands, thought to be rich in hydro-carbons, since the 1980s.