7 May happenings from Seychelles’ history 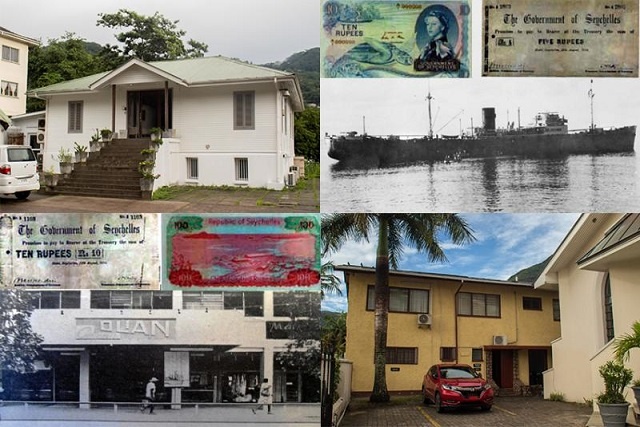 (Seychelles News Agency) - As the month of May comes to a close, SNA brings you seven happenings which occurred in May in Seychelles -- a nation of 115 islands in the western Indian Ocean.

On May 1, 1966, there was the first May Day procession to be held in Seychelles, organised by the SPUP (Seychelles Peoples United Party). The marchers went through the streets of Victoria – the capital city - carrying banners that called for better working conditions, better wages and better education of all workers.

On May 8, in 1941, the German warship Pinguin was sunk by HMS Cornwell close to Farquhar – an outer island of the archipelago.  Fifty German officers survived and were transported to Mahé and lodged under strict security at the Hotel des Palmes Mont Fleuri.

On May 15, 1971, the Olian Cinema opened in Victoria. The first movie to be screened on that day was “The Shoes of the Fisherman”. The cinema operated for 14 years. It closed on Saturday, May 18, 1985, after showing its last movie ‘Love Story’.

On May 19, 1962, Sir John Thorpe Memorial was inaugurated by Governor Julian Edward George Asquith.  The social hall located next to the St. Paul’s cathedral was a memorial to Governor John Thorp who drowned at Grand Anse beach on the west of the main island of Mahe.

On May 22, 1785, the first wedding in Seychelles took place when a chaplain from the Marquis de Castries married Jean-Marie Lebeuz, the son of a sailor and Marie-Jeanne Adele, the daughter of Pierre Hangard - a pioneer settler and his slave wife Annehe Adele.

On May 26, 1972, the first discotheque in Seychelles opened.  It was called Mary’s Bar.  It was located on the corner of Bel Air road in Victoria. The building where the discotheque was, still stands today. The entertainment venture which cost $1900 was owned by the late entrepreneur Abhaye Valabhji.

May 30, 1928, the first paper currency was introduced in Seychelles.  The denominations of the currency notes were of fifty cents and one rupee.  All the notes bore the signature of the governor.