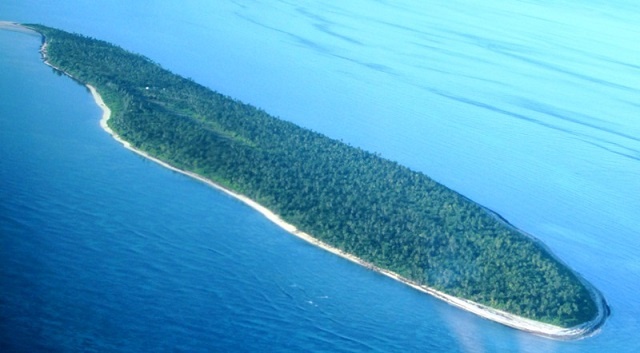 An aerial view of Providence which is located 705 kilometres from Mahe. (Islands Development Company)

The new airstrip on Providence which is located 705 kilometres from the main island of Mahe is 1,300 metres long by 23 metres.

IDC’s spokesperson, Michael Payet, told SNA that the idea to build the airstrip came after a cyclone swept Providence Island back in 2006.

“At that time there was no airstrip and it was very difficult to evacuate the people who were living on the island,” said Payet.

The airstrip will also facilitate developments already planned by IDC for the island.

IDC is in the process of developing infrastructure on Providence and has earmarked a 10-room guesthouse for tourism and two bungalows specifically for Seychellois residents to encourage local tourism.

“We thought that before any development takes place, it would be wise to build an airstrip to facilitate faster transportation by plane,” said Payet.

The facilities, including those that have been renovated facilities and made cyclone proof, are expected to be operational by March 2020.

The Islands Development Company manages some of the outer islands of Seychelles, an archipelago in the western Indian Ocean. The company, created in April 1980, ensures that development activities for the outer islands are done in a sustainable manner.

An airstrip on Providence will also provide additional support for the surveillance in the area by the Seychelles People’s Defence Forces (SPDF).

Colonel Jean Atala of the SPDF said that “the airstrip will support us to increase our reach while conducting operations against illegal activities in that area and support a future coast guard outpost on the outer islands.”

Seychelles has a vast Exclusive Economic Zone of 1.4 million square kilometres which presents a challenge when it comes to the monitoring of illegal activities in its waters.

Work on the airstrip started in December last year and was completed on March 20. The government contributed $367,000 (SCR 5 million) towards the total cost of the project which amounted to $1.4 million.

The airstrip is the last one to be built on the outer islands. The other 10 airstrips are on Alphonse, Assumption, Astove, Coetïvy, Desroches, Farquhar, Marie-Louise, Platte, Poivre, and Remire.