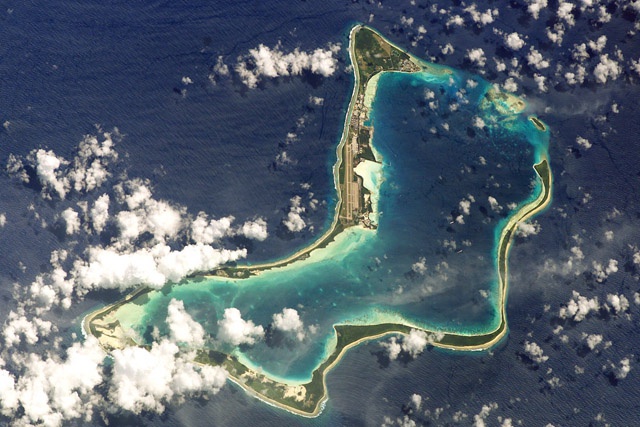 (Seychelles News Agency) - The United Kingdom’s decision in the 1960’s to lease the main Island of the Chagos archipelago, Diego Garcia, to the United States of America for use as a military base forced the inhabitants of the island to move out.

Some were sent to Seychelles, others (the majority) went to the sister island of Mauritius and some availed of the opportunity to settle in the United Kingdom.

The Chagos islands, located north-west of the Seychelles archipelago, are part of the British Indian Ocean Territory (BIOT). The lease given to the US to have a military base on Diego Garcia by the UK will expire in 2016.

For the past two decades there has been a concerted movement by the former islanders to return to the Chagos islands, while the Mauritian government is also asking the British Government to honour its undertaking to eventually return the islands to Mauritius.

The Chagossians living in the UK have formed the Chagos Refugee Group and are battling a court case against the British Government to be given the right to return to their homeland.

Over the years Great Britain has given certain compensations to the Chagossians, mainly those living in Mauritius and Great Britain.

In 2001, a British passport was also issued to the Chagossians including those living in Seychelles.

However, eligibility for this passport is limited only to those who were born on the islands and to their children.

The question of who is eligible to be considered a Chagossian was amongst topics discussed at the annual general meeting of the community of Chagossians in Seychelles held on Sunday August 3, at the English River Community Centre, central district of the main Seychelles island of Mahé.

Currently, there are some 350 Chagossians and their descendants living on the Seychelles’ main island of Mahé.

Another main point of discussion during the meting was a recently announced resettlement study ordered by Britain.

The expert team the UK government has put together is expected to submit their report after they have visited the Chagos islands to see if it is feasible to resettle the archipelago from which it forcibly evicted hundreds of families back in the 1960’s.

A recent article published in UK’s The Guardian, states that the US army personnel currently occupy the largest island, Diego Garcia, while the remaining 50 islands and reefs are now uninhabited.

According to the Guardian the independent consultants carrying out the resettlement study does not include Chagossians and “have been instructed by the Foreign Office (FCO) to "neutrally" examine the options and risks involved in establishing several sorts of community on the outer islands as well as on Diego Garcia itself."

The study is expected to be completed by the end of this year.

While this is the first time the British Government has seemed to be really looking at the possibility of the islanders returning to Chagos, such a move would undoubtedly involve a lot of planning and high costs.

“This study will also help the British Government to determine how much re-settling the displaced community in the Chagos will cost. The high costs have previously been a factor in the decisions not to allow us to return and now it will probably cost even more,” said the associations' Chairperson, Gilberte Gendron.

As there were several questions raised on the issue those present expressed their desire to meet with the team of consultants as an association to highlight their points of concern.

“For example, there is a question of sovereignty. If the British hands over the islands, who do they hand over to and how will we be incorporated in such a move. In the past, we Chagossians living in Seychelles have been more or less ignored. Now we want them to take our views into account as well as those of the ones from Mauritius and the UK,” stated Gendron.

Participants in the General Assembly have expressed a desire to meet with the Minister of Foreign Affairs, Jean Paul Adam, so as to submit their concerns to him first hand.

At its peak, it is estimated that there were around 2500 people living on the Chagos islands mostly on the largest island of Diego Garcia, this was back in the 1950's.