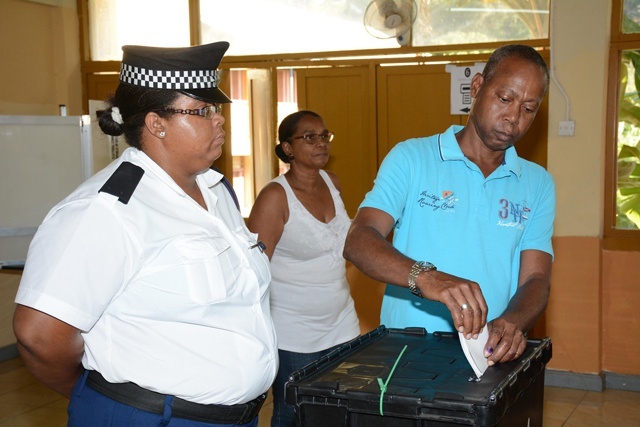 (Seychelles News Agency) - President Danny Faure has withdrawn his letter to the Electoral Commission asking it to organise a referendum for electorates to decide if non-residents can vote in elections in Seychelles, the Attorney General said on Monday.

Attorney General Frank Ally told a news conference that the President "is withdrawing the reference in view of the fact that the subject has major importance constitutionally and nationally and because of the debates and the discussion that has taken place since he made reference."

The Attorney General added that it is also due to the very divergent points of view on whether the President has the power to make the reference.

In a statement to the press on Monday, State House said that President Faure has directed the Attorney General to prepare and draft clear and unambiguous legislation relating to the holding of referenda in Seychelles. The Bill is to be placed before the National Assembly by the end of June.

“The President said that as soon as the new legislation had been passed and assented to, he would refer the matter afresh to the Electoral Commission for the holding of a referendum,” State House said.

“We have started consultations with the president to prepare a bill to be presented before the National Assembly before the end of June,” the Attorney General said.

Roger Mancienne, the leader of the opposition coalition, Linyon Demokratik Seselwa (LDS) said in a press release that the decision taken by the president averts a serious breach of the Constitution implicit in his request.

LDS has maintained that the Constitution requires an Act to establish the legitimacy of the referendum and the request for the Electoral Commission to proceed without one was a grave error and a blatant disregard of the rule of law.

“While a specific Act under Article 164 is in conformity with the Constitution, LDS continues to question whether a referendum on the stated issue is required at this point,” said Mancienne.

He added that “the right for all Seychellois citizens to vote is already enshrined in the Constitution and the Elections Act provides for a manner in which they can be registered. Many Seychellois residing overseas are already registered as voters. Before any change is sought in the Constitution or the law, there must be a thorough examination of what changes can and should be made, and to what consequence.”

Article 14 of the Seychelles constitution states that every citizen who has attained the age of 18 has a right to be registered as a voter for the purpose of and to vote by secret ballot at public elections which shall be by universal and equal suffrage.

Meanwhile, the leader of the United Seychelles party, Vincent Meriton, in his reaction to the President's announcement last week, said that their position is very clear on this issue and President Faure wants the Seychellois people to decide on this relevant topic.

“It is Seychellois living in Seychelles who must make decisions that affect them and not those who live and settle elsewhere. We are convinced in the party that such a decision must be made by the people and not the politicians,” he said.

The last referendum in Seychelles was in 1993 following the amendment of the constitution in 1992 when multiparty democracy was reintroduced.