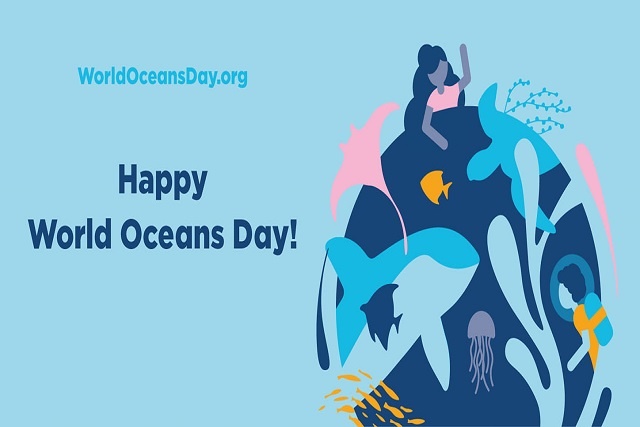 World Oceans Day this year is seen as an opportunity to explore the gender dimension of humankind’s relationship with the ocean. (worldoceansday.org)

Seychellois women are being encouraged to take a more active role in the ownership of oceans this June 8, World Oceans Day, which this year carries with it a gender-equality dimension.

Some in the island nation feel that women are not taking up opportunities that exist with such innovations as blue bonds and blue grants.

“There are not a lot of women in the blue economy. We need to develop a programme to generate interest and startups with monetary initiatives such as seed capital, targeting only women, but specifically identifying areas interesting to women,” said Marie Celine Zialor - the head of the Entrepreneurship Centre at the Guy Morel Institute.

Zialor suggested that an incubation programme and additional education for women could help more females enter the sector.

World Oceans Day this year is seen as an opportunity to explore the gender dimension of humankind’s relationship with the ocean.

According to the United Nation’s website, “this year, we strive to build greater ocean and gender literacy, and to discover possible ways to promote gender equality in ocean-related activities such as marine scientific research, fisheries, labour at sea, migration by sea and human trafficking, as well as policy-making and management.”

“The importance of gender equality — in particular for the effective conservation and sustainable use of oceans, seas and marine resources — is increasingly recognised. The empowerment of women and girls is still needed in all ocean-related sectors to achieve Sustainable Development Goal 5.”

Whilst Seychellois women are yet to be equal partners as drivers of the blue economy, they are very active in the protection and conservation of the ocean.

The Ocean Project Seychelles, a not for profit organization, was involved in this initiative headed by Karine Rassool,  a senior economist with the Seychelles Fishing Authority (SFA).

Information provided by the SFA shows that only a handful of Seychellois women are currently involved in fisheries. Twenty-four women are registered as boat owners, whilst five are involved in fishing commercially.

Isabella Houareau, the managing director of SOCOMEP, has fully taken the opportunity the sector has to offer.

“In the past 10 years at SOCOMEP, I have developed a particular interest in encouraging the participation of women in this sector. I believe that gender equality is of vital importance to the healthy productivity of a business,” said Houareau.

SOCOMEP’s growth in recent years is an example of the raising participation of women in the sector.

“In 2008, the workforce comprised of 15 employees, with only one woman in the administrative field.  Today, SOCOMEP employs 96 staff, of which 50 percent are women - spread across all areas of the company,” further explained Houareau.

SOCOMEP provides quality and quantity control services for the tuna purse seiner fleet and reefer vessels discharging in Port Victoria, Seychelles – 115 islands in the western Indian Ocean - as well as other regional ports. The company also operates a laboratory for the analysis of tuna.

“The traditionally male-dominated fisheries industry holds great potential for women. This is a fast-growing industry and one which brings many challenges and opportunities for growth. The industry controls the economic health of our country and the participation of women in maritime activity is critical in harnessing the full potential of the blue economy,” concluded Houareau.