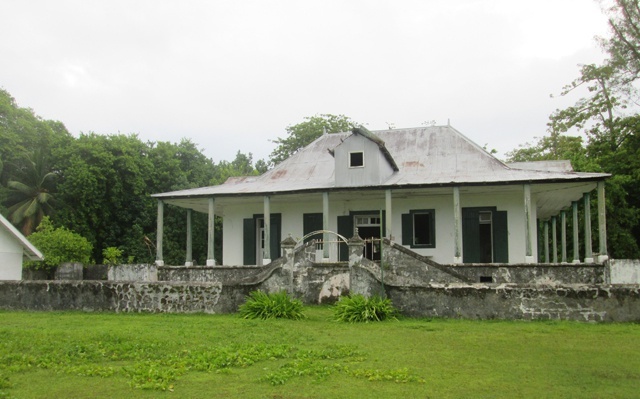 According to Tirant, visits allow them to monitor what is happening on the islands. “As there are still sites important to us, like the cemetery, the chapel, Grann Kaz."  (Alvin Tirant) Photo License:

Chagossians in Seychelles are planning to boycott heritage visits to the islands organised by Great Britain for the second year in a row.

A communique from the group states: “We strongly recommend that all Chagossians not take part in the next planned visit organized by the British Government set for October or November 2019.”

Pierre Prosper - chair of the committee – said it is important for the group to maintain its previous position with regards to the visits to the Chagos Islands.

“We are also asking that the Chagossians boycott future visits paid for by the support fund allocated to better Chagossian lives,” Prosper said.

Prosper added, “We ask the British government not to use the support fund for heritage visits. The visits should be paid for by a separate fund.”

In 2016, the British government announced that a package of approximately £40 million (almost $50 million) will be made available for the next ten years to fund improvements to the livelihoods of Chagossian in the communities where they are living.

Anne Marie Gendron also feels that the money is not being used for its purpose. “I think it is wrong for the British to give us the money for one purpose and then use it for something else.” Gendron is one of the 2,000 Chagossians who were forced to leave their islands.

“There are so many islanders who are still facing challenges, especially the elderly and those with disabilities, who need this money to improve their lives,” said Gendron.

Another Chagossian believes visits need to take place, though.

“Visits to our islands are important to us,” said Alvin Tirant, another Chagossian living in Seychelles, a nation of 115 islands in the western Indian Ocean.

According to Tirant, visits allow them to monitor what is happening on the islands. “As there are still sites important to us, like the cemetery, the chapel, Grann Kaz – we can monitor and look out for these things. But I do feel strongly that finance for these trips should come from another source.”

More than 200 were deported to Mahé, the main island of Seychelles, between 1967 and 1973, when the country was still a British colony.

The committee is also reiterating their call for a proper needs assessment. “We also ask the British government to carry out an independent needs assessment paid for again by a separate fund in Seychelles and elsewhere where Chagossians reside,” explained Prosper.

“The needs assessment will also quantify a realistic number of funds required to cover a broad needs spectrum to better the lives of all Chagossians where-ever they may be,” concluded Prosper.

Last month, in an overwhelming vote in favour of the rights Chagossians, the U.N. General Assembly voted 116-6 to condemn Britain's occupation of the Chagos islands, a stinging diplomatic defeat for the U.K.

The vote was in support of a motion setting a six-month deadline for Britain to withdraw from the Chagos island chain and for the islands to be reunified with neighbouring Mauritius, according to the Guardian newspaper.

COVID cases in Seychelles rise to 69; no plan to close borders