SNA interview: Sick mother behind medical cannabis push in Seychelles may die before framework is set 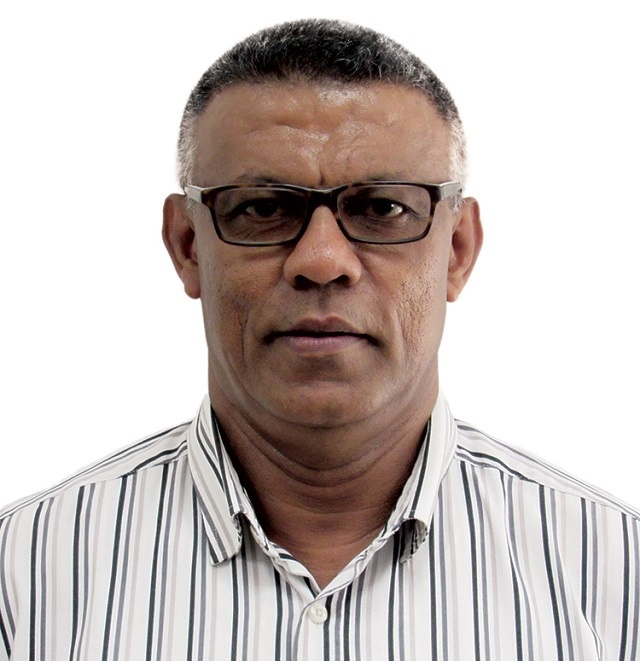 In his campaign for a seat for the Au Cap district in the National Address, Volcere pushed for is the legislation of cannabis for medicinal use and recreational purposes. (Ralph Volcère)

(Seychelles News Agency) - After a two-year battle, Ralph Volcere won his petition asking the government to make regulations for the medical use of cannabis on May 31.

Volcere made the petition in October 2017 on behalf of his mother, Marie-Therese Volcere, who suffers from Alzheimer’s disease and relies on the use of cannabis oil for treatment.

The Seychelles’ Constitutional Court gave the government of the island nation in the western Indian Ocean 24 months to make regulations under the Misuse of Drugs Act 2016, which authorises the use of any controlled drug for medical purposes.

SNA met with Volcere to find out more about his fight on regularising cannabis for medical use.

SNA: What triggered you to come forward with this case?

RV: My mum had come back to Seychelles from the U.K in mid-2017 and she has been suffering from Alzheimer’s disease for the last 15 years. As a result, we needed to give her infusion of cannabis leaves every day to keep her calm and relaxed and to also help her with her condition. The prescribed medication she was using resulted in severe side effects which turned her into a zombie-like person.

She is now 84 years old and I can say that she is not doing too great at the moment. There is a possibility that we might lose her before the end of the year. Furthermore, many other people who also wanted access to medical cannabis contacted me after the National Assembly election in 2016 when ran a campaign the legalisation of cannabis in my pursuit for a seat for Au Cap.

SNA: Prior to your case, have you researched the advantages and its disadvantages on the use of cannabis?

RV: I am personally very well versed in medical cannabis. I now consider myself an expert in the field having studied and researched it for over three years now. The disadvantages are minimal, it goes without saying that if you abuse anything it will end up doing some kind of damage to your health. However, the advantages far outweigh whatever little negativity is associated with cannabis. Scientific research has now proven that cannabis is probably one of the safest medicament with very little to no side effects at all.

SNA: For a subject that is still taboo in Seychelles, how do you feel about being the first person to have brought up this case before the court?

RV: Good question. I had been collaborating with several others on the matter for some time now. I decided firstly to file the court case on behalf of my mum and also for the people who contacted me after the National Assembly election in 2016. I was shocked to discover that there were thousands of people who wanted access to medical cannabis. I also found out, to my surprise, that there was a thriving black market going on and was charging exorbitant prices for the product.

SNA: Tell us about your petition two years ago seeking public support to lobby for the legalization of cannabis.

RV: The petition was organised to gauge the level of support for legal cannabis in the country, be it medical or recreational. In only a few weeks we got over 10,000 signatures. This was a clear sign that a large part of the population supported the legalisation of cannabis in one form or another. We decided to go for medical cannabis first. If it goes well, which I believe it will, then there would be no excuses not to make cannabis available for recreational purposes as well in my opinion.

SNA: The Court dismissed your second argument that your mother’s constitutional right to life, health and dignity has been infringed.  What are your views on that?

RV: This was done on a technicality based on the fact that there was insufficient evidence presented before the court to sustain the argument. However, the fact remains that we got what we wanted and we can now move forward with implementing regulations to allow Seychellois access to medical cannabis.

SNA: What are your views about the timeframe given to the government to establish the regulation?

RV: The Constitutional Court has given the Minister of Internal Affairs, in consultation with the Minister of Health, 24 months within which to introduce the regulations. We are of the view that it can be done within six months.

We believe that the Minister of Internal Affairs in consultation with the Minister of Health will deliver within the shortest possible time since there are many examples of regulations in other countries, which have worked perfectly well, such as the South American countries, like Peru for example. I believe it would do no harm for the Minister to emulate those examples and introduce similar regulations here.

SNA: What do you have to say about certain organisations fighting against the legalisation of cannabis in the country?

RV: There are a lot of personal interests at stake if ever cannabis is totally legalised. This is why you see some people and some organisations lobbying for prohibition. They have much to lose and their backers are applying pressure on them to resist legalisation. However, after the ruling from the Constitutional Court, we believe they will see the writing on the wall.

SNA: Do you feel that cannabis should have been legalised by now?

RV: The war against cannabis has achieved nothing; millions of rupees have been wasted and hundreds of young Seychellois men and women have spent years in prison for possessing 25 grams of cannabis. You must put this question in context. Not long ago there was a mandatory minimum prison sentence of three years imprisonment if a person is caught with possession of 25 grams of cannabis. This was absolutely ridiculous and it is sad to say that a lot of young Seychellois ended up in prison unnecessarily. In my opinion, cannabis should have been legalised a long time ago. But as the saying goes, better late than never!

SNA: How do you like to see this regulation implemented so that there is no misuse of cannabis?

RV: The police is, of course, the agency responsible for enforcing the regulations and to prevent abuse. I suspect that the initial regulations would contain certain restrictions on age limit, and give the doctors the power to prescribe cannabis as a medication for some type of illnesses.

It is my hope that the regulations are not so draconian so as to defeat the purpose of access. What is at stake here is freedom of choice, just like somebody chooses to smoke cigarettes or consume alcohol.

People who want to choose cannabis as a form of medication for their ailments should be able to do so. This is the point I want to make and I hope that the government bears this in mind when introducing the regulations. Personally, I am optimistic that we will have the right regulations and that access to this treatment would not be impeded as this would defeat the purpose. Therefore, I don’t foresee any major problem. I am of the view that everything will go smoothly and swiftly.

The Interview » Be a reporter: Write and send your article » Subscribe for news alert
Tags: Misuse of Drugs Act 2016, Constitutional Court, medical cannabis