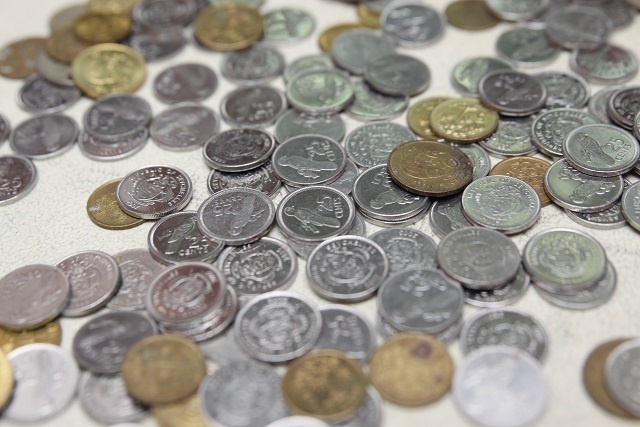 The announcement is a positive one for the country and is also a remarkable improvement said the finance minister, Maurice Loustau-Lalanne on Saturday. (Joe Laurence, Seychelles News Agency)

(Seychelles News Agency) - Seychelles’ sovereign credit rating has for the first time been upgraded to ‘BB’ and assigned a stable outlook in the newly published Fitch Ratings -- a New York-based credit agency.

The announcement is a positive one for the country and is also a remarkable improvement, the Minister of Finance, Trade, Investment and Economic Planning, Maurice Loustau-Lalanne told reporters on Saturday.

“Scoring a ‘BB’ rating with a stable outlook is positive and promising for the country. As you are aware existing investors look at the ratings to gauge the creditworthiness of Seychelles to see whether their investments are secure. Potential investors will also refer to this rating to decide whether it is safe and secure to invest in Seychelles,” said Loustau-Lalanne.

According to the rating published on Friday, Seychelles has shown a strong track record of programme implementation under the International Monetary Fund (IMF) Policy Coordination Instrument signed in December 2017. Since 2015, Seychelles has been scoring ‘BB-with a positive outlook.

Loustau-Lalanne said the improved rating is also an indication of good governance during the past 10 years and is also a result of various factors, mainly the policy being implemented by the International Monetary Fund since 2008.

The finance minister said that since Seychelles embarked on its macro-economic reform with the assistance of the IMF, “we have registered a primary surplus on the government budget, which has allowed us to pay our debts over the years. Last year the surplus rose from 2.5 percent from the previous year to 2.9 percent.”

Seychelles, an archipelago in the western Indian Ocean, defaulted on government debt repayment in 2008 and scored a ‘CCC’ rating. The island nation underwent a macroeconomic reform programme from November 2008 to primarily address a serious balance of payments and external debt difficulties.

“In 2018, CBS adjusted the monetary policy on the interest rate on deposits and when borrowing as a means to control inflation. And we saw that inflation was at 3.7 percent last year. This measure also helped to improve the government’s finance,” said Loustau-Lalanne.

Going forward,  Loustau-Lalanne said Seychelles would like to improve on the ‘BB’ rating.

However, he cautioned that the country should be vigilant to ensure that the industries that generate revenue continue to do well and that the government should be ready to intervene if there is any sign is instability.

“Last year the two main pillars -- tourism and fisheries -- did extremely well which allowed us to maintain a stable exchange rate, which is very good for business,” he said.

He added that “the money we received from these industries ensured that we had enough to pay fuel costs which rose in 2018 and which could have had a negative impact on the economy. It also helped reduce our current account deficit.”

Loustau-Lalanne also cautioned that Air Seychelles which is presently undergoing a five-year plan transformation should also be looked at closely as at the moment it poses the highest risk to Seychelles’ economy.

Government is subsidising the airline with $6 million annually as of this year after it registered losses in 2017 and 2018.

The highest rating by Fitch is ‘AAA’ and the lowest is ‘CCC’.